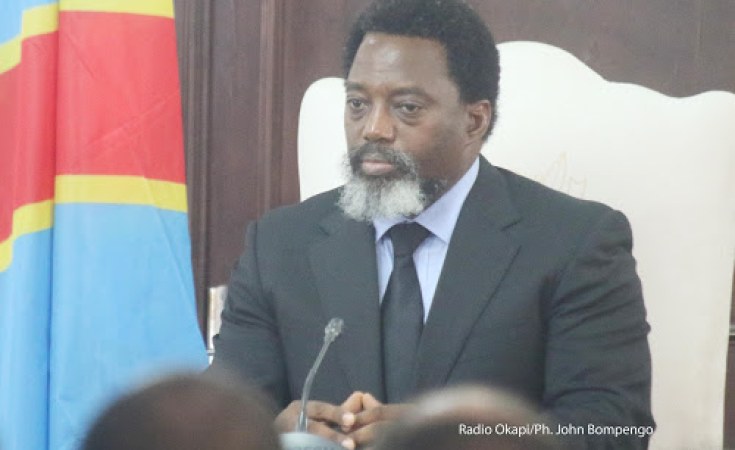 After postponing long-awaited elections, the Democratic Republic of Congo's electoral commission has announced a second delay in voting in some conflict-affected areas - until after a new president takes office. This decision disenfranchises 1.25 million Congolese and risks major unrest. The commission should rescind it.

The latest twist in the Democratic Republic of Congo's tortuous electoral saga may well be its most worrying and dangerous yet. On 26 December, the Independent Electoral Commission (CENI) announced that parts of North Kivu province in eastern Congo and Mai Ndombe province in western Congo would not vote until March, after the presidential result is announced and a new leader sworn in on 19 January. The CENI presented its decision as a straightforward response to insecurity and the Ebola outbreak in North Kivu and ethnic violence in Mai Ndombe. It is anything but. It would remove 1.25 million potential voters - many of them opposition supporters - from a 40 million electorate from the tallies. Coming amid widespread distrust among the Congolese opposition and civil society in the electoral process, it risks severely damaging the vote's credibility and fuelling post-election protests. By alienating people in North Kivu, it is also likely to obstruct efforts to stabilise those violence-torn areas. International actors should join Congolese social and political actors in calling on the CENI to reverse its decision. Elections in affected regions should go ahead as planned or at most after a short delay of a week or two to ensure those votes count.

This was not the first of CENI's controversial decisions. Already on 20 December, it had announced a one week postponement of the country's long-deferred elections to 30 December, citing a major fire on 13 December in its main warehouse in the capital Kinshasa as justification. Its 26 December decision went much further, announcing that four constituencies - Beni city, Beni territory, Butembo city (all in North Kivu) and Yumbi (in Mai Ndombe province) - would not vote until March, effectively disenfranchising those voters in the presidential contest.

The CENI's decision is highly questionable. Election authorities had ample opportunity to draw up contingency plans for voting in areas affected by an Ebola outbreak that began in August 2018. Moreover, campaigning had gone ahead and other normal economic and social activities had continued in Beni even after the Ebola outbreak. Indeed, in November 2018 the health minister declared that the vote could proceed without risking the disease's spread. Tellingly, most of those excluded are in North Kivu opposition strongholds. In short, the delay appears driven less by concerns about the feasibility of voting than by fears in President Joseph Kabila's camp that the opposition was gaining ground.

Over the past two years, the government and the CENI have made progress toward holding elections, but only when confident of controlling the outcome. Throughout, international actors - relieved that Kabila decided not to seek a third term in office in violation of the constitution and lacking leverage over election preparations - offered only muted criticism as the CENI and other Congolese institutions skewed the playing field in the government's favour, notably by excluding major opposition candidates and repressing opposition party activities.

But this latest decision is of a different magnitude. It merits a tougher response: by excluding so many potential opposition voters, it would severely damage the vote's credibility. It also risks leaving a disenfranchised and angry community in North Kivu who will be more likely to support insurgencies. International actors, Western and African, should call on the CENI to rapidly reverse its decision. In those four constituencies, elections should go ahead either as originally planned or after a short delay - no more than a week or two - so that those citizens' votes are included in the presidential and other contests.

The election pits Emmanuel Ramazani Shadary, President Kabila's handpicked successor, against two main opposition challengers. The first, FelixTshisekedi, is the candidate of the Coalition for Change (CACH) alliance, which is an alliance of Tshisekedi's UDPS (Union for Democracy and Social Progress) and the UNC (Union for the Congolese Nation), led by Vital Kamerhe. The second challenger, Martin Fayulu, is the standard-bearer for the Lamuka alliance, which is backed by opposition heavyweights Jean-Pierre Bemba and Moïse Katumbi, both of whom the CENI barred from as presidential candidates.

The initial one-week delay, announced on 20 December, was reluctantly accepted by the two opposition factions, the DR Congo's influential catholic and protestant churches, and international actors. But both opposition blocks strongly criticised the subsequent decision not to hold elections in the four constituencies. They have not gone as far as to threaten a boycott should that decision not be reversed; instead, the UDPS explicitly said that elections should "go ahead in unaffected areas" while the Lamuka alliance has called for a national strike (ville morte). Both coalitions are aware that their base is angry at the CENI's action, but neither wants to pull out at this stage, partly because they have repeatedly spoken out against delays that they believe would allow the government to prolong its hold on power. But the danger in this approach is that citizens and politicians from the Beni-Butembo area could feel abandoned not only by the government, but by the main opposition parties as well.

Beni is a Fayulu and Lamuka stronghold, a result of the alliance they struck with local powerbrokers from the Nande ethnic group; indeed, that is where Fayulu launched his campaign on 5 December. Lamuka has voiced concerns that delays to parliamentary elections in the four constituencies will make it hard if not impossible to calculate the electoral threshold, ie, the requisite number of votes for a party to qualify for parliamentary seats: that threshold is set at 1 per cent of the total vote, yet in theory this should include future votes from the four constituencies in which elections have been postponed. This wrinkle adds greater uncertainty and fears of manipulation to an already clouded process. The Lamuka alliance has questioned the legality of the CENI's decision, but there is very little chance of effective legal recourse given the courts' lack of independence.

The Catholic Church has also questioned the delay. The secretary general of the church's influential Episcopal Conference pointed to other normal activity currently taking place in the area of Beni - including attending mass or going to the market - to suggest that the CENI's postponement of the vote was unjustified.

The exclusion of Beni voters from the presidential vote, and delays to provincial elections, is significant not merely because many among them are Lamuka supporters. For several years, the local population has suffered atrocious violence, attributed mostly to the rebel Ugandan Allied Democratic Forces (ADF) and the Congolese army; UN peacekeepers have done little to protect them. In that sense, Beni already is a symbol of the government's inability or unwillingness to solve the country's myriad security problems. Moreover, the Nande ethnic group in Beni has supported armed insurgents in the recent past. The CENI's decision is therefore particularly combustible: it will heighten Nandes' fear that they are being excluded from national politics and from holding positions of power in North Kivu province, where they are locked in fierce competition with government-backed Hutu politicians.

More broadly, the voting delay and exclusion of the four constituencies add to pre-existing deep distrust in election preparations among opposition leaders and civil society countrywide. Particularly contentious have been the CENI's use of voting machines (electronic tablets connected to printers that produce voters' choices on paper ballots in situ, while storing an anonymous electronic record of the votes); widespread reports of discrepancies on the voter register; and CENI's rejection of international support despite now very evident logistical problems.

Getting Back to an Inclusive Election

If the CENI presses ahead, risk of turbulence will be high. Major cities will likely see large post-election protests, potentially met by a heavy-handed response from the Congolese security forces. The government's recent deployment of military reinforcements in several important cities, including Goma, Bukavu, Lubumbashi and Kinshasa, suggests it is preparing a harsh response to any unrest. At the same time, if the Beni-Butembo area is excluded from the vote, prospects for stabilising the Kivu provinces would be severely set back. Widespread popular anger in that area could fuel existing local insurgencies or ignite new ones which could easily spread to other provinces.

To avoid such a scenario, the CENI should speedily announce that voters in the Beni-Butembo area will be able to cast ballots in time for their votes to count in presidential tallies. It should clarify its procedures and timeline for their participation, making clear any delay would be for at most a week or two. International actors, in particular the UN mission, international election observer missions, the World Health Organization and humanitarian actors already on the ground should quickly assess how to minimise any risk posed to the elections by the Ebola outbreak. If the CENI and Congolese government conclude that their capacities are insufficient, UN troops and police should be deployed to help secure the electoral process.

The stakes could hardly be higher. The forthcoming vote could mark a significant step forward: the first time the Democratic Republic of Congo experiences a transfer of power from one elected president to another. But an election lacking in fairness and credibility would do the precise opposite. President Kabila refrained from seeking a third term in large part due to concerted pressure from foreign leaders, particularly his African counterparts. Similar pressure is needed once more. Unless outside actors take a united stand, the government and the CENI are unlikely to shift course. If the vote proceeds and a new president is announced before large numbers of voters have had the opportunity to cast ballots, more than the election's credibility will be at stake. So too will be the country's trajectory as violence of Beni could spread throughout the country.

Police and Protestors in DR Congo Clash Over Election Delay

DR Congo Election Marked By Delays, Irregularities
Tagged:
Copyright © 2018 International Crisis Group. All rights reserved. Distributed by AllAfrica Global Media (allAfrica.com). To contact the copyright holder directly for corrections — or for permission to republish or make other authorized use of this material, click here.