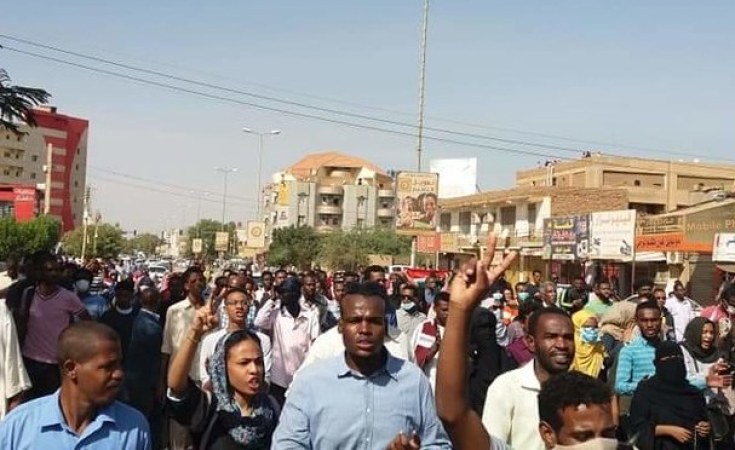 Khartoum — The National Police Officers Association of Sudan has strongly condemned the directives of President Omar Al Bashir during his meeting with police chiefs on Sunday to confront demonstrators with live bullets.

In a statement on Monday, the officers called on the Sudanese police not to implement the wishes of Al Bashir, which they described as "despicable by killing people to remain in power while he and his family enjoy the fruits of the country".

The statement said that the killing of protesters as punishment is "a flagrant violation of the purposes of the Koran". The place of punishment "this ignorant Al Bashir" talked about is in the courtroom and "you are not judges to rule as it is imperative for your profession to protect the lives of people, not execute them".

'The police record is still clean, clear, and honourable... '

National police officers confirmed that the police record is still clean, clear, and honourable with the honourable testimony of the people of Sudan. "Any slide into blind violence and shedding blood as the killer Al Bashir wants will undermine the credit of this great profession and will shame and the lives of martyrs".

The statement added: "So let Al Bashir, his brothers, and the fat cats go out to face the people whom you humiliated, impoverished and despised, rather than you who whose salaries are not enough for one week."

The national police officers also condemned in their statement that the director of the National Intelligence and Security Service (NISS), Salah Gosh, in his last meeting with media in which he took over the police and held them responsible for the lives lost during the past few days.

Security Forces Killing, Detaining Protesters in Sudan - HRW Says
Tagged:
Copyright © 2019 Radio Dabanga. All rights reserved. Distributed by AllAfrica Global Media (allAfrica.com). To contact the copyright holder directly for corrections — or for permission to republish or make other authorized use of this material, click here.