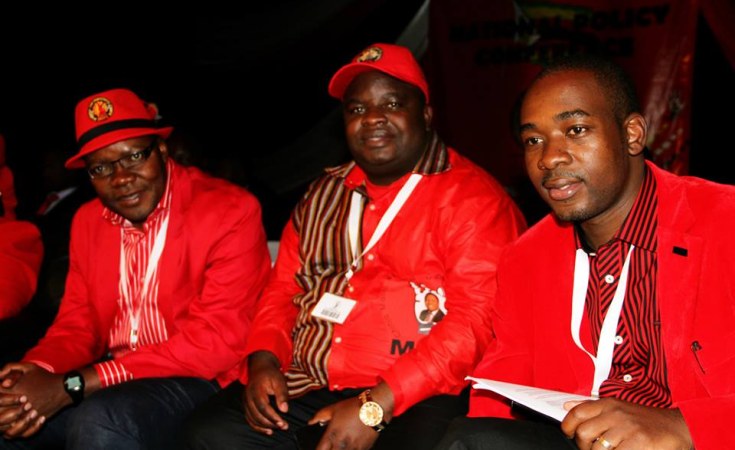 President Emmerson Mnangagwa's government is failing to pay public service workers in the preferred foreign currency because of runaway expenditure which it is now struggling to curb, a senior opposition MDC Alliance official has said.

Tapiwa Mashakada, a former Economic Development Minister in the Government of National Unity (GNU), said the erstwhile administration, which ended with the 2013 vote, also used Real Time Gross Settlement (RTGS) to pay workers but this was made possible by confidence in the financial services sector as well as the state of the economy in general.

"When the government of national unity (GNU) started, it was only paying US$100 which was gradually increased to an average of US$400 as deposits increased," Mashakada told NewZimbabwe.com on Wednesday.

Striking medical doctors have joined teachers in demanding to be paid in foreign currency but government has argued it does not have the capacity to do so.

Educators have indicated they may not return to their posts if the demand for foreign currency-based salaries is not met by the time schools open for the first term next week.

Acting President Constantino Chiwenga has since declared that no government worker will be paid in foreign currency.

"For the avoidance of doubt government will not remunerate any of its workforce in United States Dollars, a position it made clear to the striking doctors.

"The hard-earned foreign currency will be committed to among other areas importing essential medicines for use in hospitals and clinics as well as facilitate the recovery of the economy in line with the Transitional Stabilisation Programme," said Chiwenga.

Public servants have questioned how the GNU, under the same circumstances, was able to settle its wage bill in US dollars.

Mashakada said the GNU had a better foreign currency to deposit ratio compared to Mnangagwa's administration.

"However, part of the increase was actually RTGS. It worked well because of high confidence levels in the financial system and a comfortable forex to total deposits," he explained.

"However, from 2015, due to excessive government expenditure against limited financing options, the forex-to-total deposit declined and was not commensurate with the demand for forex.

"Consequently, this resulted in a vicious cycle of cash shortages and loss of confidence. In short, the problem is high money supply growth driven by excessive government expenditure," the former Cabinet Minister said.

"This high money supply is financed through excessive money creation which has reduced the ratio of forex to total deposits."

Mashakada said at optimum levels, Zimbabwe would need 60% of money circulating to be in foreign currency.

"The GNU reached about 45% foreign currency circulation but Mnangagwa's government has brought this down to about 5%; that's why we have this crisis," he said.