Kenya's Struggle With the Burden of Chinese Loans 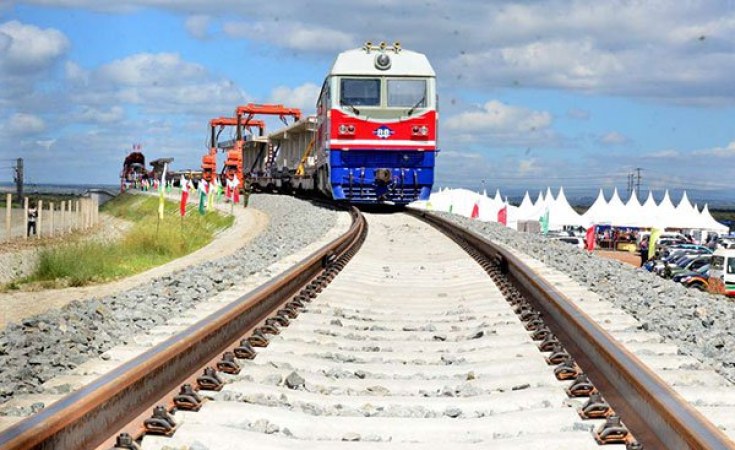 Austerity cuts look likely in Kenya as the servicing of massive Chinese debt is expected to triple in 2019.

Kenya is preparing to pay Chinese State-owned lenders €710 million in the year starting from July. That amounts to more than half of the funds President Kenyatta's government spent on servicing the Chinese debt last year.

The issue of Kenya's loan repayments is the front-page spread in Wednesday's issue of the Daily Nation newspaper.

The publication claims that the burden of Kenya's credit obligations is set to grow as a five-year period of grace comes to an end. The Nation recalls that Beijing agreed in May 2014 to push back the servicing of a 2.8 billion euro loan contracted from China's Exim Bank to build the 385km Mombasa and Nairobi Standard Gauge Railway line.

According to the newspaper, China now accounts for up to 72 per cent of a whopping €2.36 billion is expected to pay in 2019 as repayments of loans contracted from bilateral lenders.

Jaindi Kisero is former Managing Editor of the Nation Media Group in charge of Business and Economic Affairs, and now a columnist at Daily Nation and Business Daily.

He says the national consensus qualifying Chinese loans as being a necessary evil is crumbling.

"China is bringing corruption in the country through the funding of small projects which are very poorly drafted and the contracts opaquely procured holds Kisero. He also denounces "a small clique of ruling elite" who he believes are feeding fat on such contracts. According to Kisera, China is now in a position to influence Kenyan politics.

The respected columnist says there is a strong case for Kenyans to be worried about the Standard Gauge Railway line running from Mombasa to Nairobi and from Mombasa to Naivasha, with an extension to Malaba in the eastern region of Uganda.

"They brought in the Ports authority to sign a take or pay, meaning that they had to give SGR enough freight so that they can service the Chinese loan. If not they will just take the port", Kisera noted.

Another issue Jaindi Kisero said was becoming politically unpalatable to the government, is popular and parliamentary opposition to painful reforms such the government's obligation to uncap interest rates.

This, he said, is a key precondition for the resumption of the IMF's suspended financial assistance programme.

On the issue of the debt burden weighing on Kenyans, the Nation Media Group's former chief predicts a fight between the government and the Consumer Federation of Kenya over a proposed 16 percent VAT on petroleum products.

On the borrowing options still available to the government, Jaindi Kisera voices skepticism about Kenya's prospects of securing Eurobonds. He claims European markets are unlikely to bring down interest rates because of the cautious policies of the US Federal Reserve Board.

"Kisera doesn't believe Kenya will continue with the Chinese route because of an acrimonious debate underway at home over Beijing's propensity to seize critical national interests in lieu of payment in the event of a default.

Railway Deal With China a Risk to Sovereignty, Assets

Kenya's Public Debt Soars By $2 Billion in Six Months
Tagged:
Copyright © 2019 Radio France Internationale. All rights reserved. Distributed by AllAfrica Global Media (allAfrica.com). To contact the copyright holder directly for corrections — or for permission to republish or make other authorized use of this material, click here.