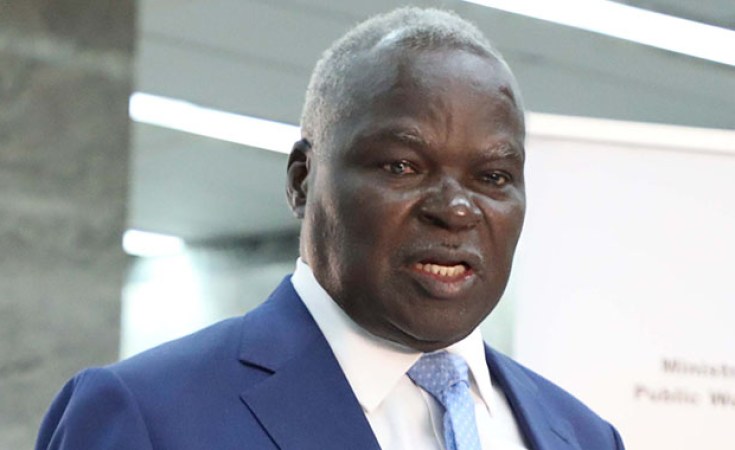 The government has called a crisis meeting Monday with unions representing civil services workers as labour unrest continues in what is proving a tough start to the new year for President Emmerson Mnangagwa's administration.

Acting labour minister July Moyo confirmed the meeting which will see a high-powered representation from the cabinet.

"Following the commitment made towards the close of 2018, government has scheduled a meeting with all registered Public Service Staff Associations on 7th of January, 2019 at 10:00 hrs at NSSA Building on the 11th floor boardroom in Harare," said Moyo.

"This meeting is part of the commitment of Government to engage all its employees in pursuit of developing common positions in relation to the improvement of employee salaries and generally resolve any matters that impact their conditions of service."

The gathering comes at a time the government is battling to end a strike by junior doctors which is now in its second month.

To add to the administration's headaches, unions representing teachers have also warned that schools may not re-open Tuesday unless government meets their demands.

"Our members are unable to report for duty with effect from the 8th of January due to incapacitation," said Zimbabwe Teachers Association (ZIMTA) president Richard Gundani last week.

The teachers, along with the already striking doctors, are demanding that their salaries must be paid in US dollars, something the government has categorically rejected.

Meanwhile speaking ahead of Monday's meeting, Cecelia Alexander - head of the Apex Council, the umbrella body for all public service unions - said ministers must come with concrete proposals regarding improvement of salaries and working conditions.

"Government will have to bring to the table concrete proposals to address the dire situation the workers face," she said.

"To restore normalcy, a cost of living adjustment is rather urgent given that prices have quadrupled in the last quarter of 2018. This inflation, which is continuing, has excluded civil servants from the economy all together.

"If Government will not give a cost of living adjustment premised on the prevailing currency parallel market rate against which all prices are now benchmarked, then it must consider US dollar salaries for its workers."

The lack of a proper social dialogue framework will be the reason Government will have to contend with putting out wild fires as distressed and impatient workers will have to act notwithstanding.

"For all our patriotism and desire to advance the President and the Government's Vision 2030, the Government should be reminded that food, clothes, shelter, healthcare cannot wait for the unknown day when prosperity will come."

The labour unrest threatens to shred finance minister Mthuli Ncube's fiscal plans in the 2019 budget which he presented last November in which he was looking to cut government expenditure much of which goes to the civil service wage bill.

Hospitals Turn Away Patients as Doctors' Strike Drags On