Nigeria: Leave Our Daughter Out of Your Politicking - Amina Zakari Family 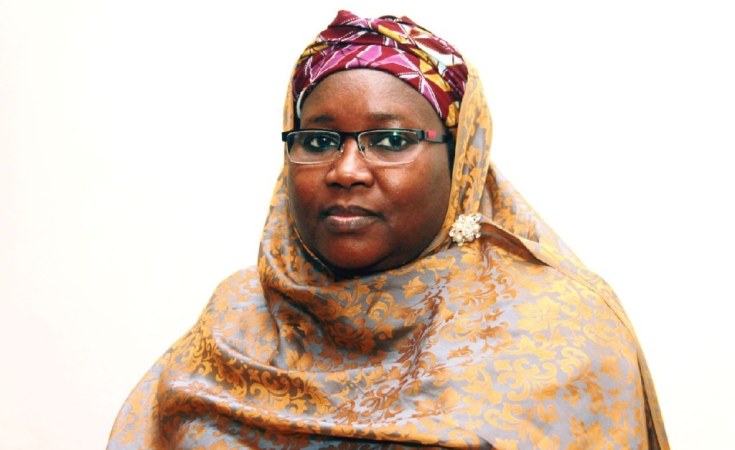 The Zakari family of Kazaure in Jigawa State has denied any relationship between President Muhammadu Buhari and their daughter, Hajia Amina Zakari, a national commissioner with the Independent National Commission, INEC and asked that she be left out of partisan political jockeying.

The family in a statement issued on Monday said it was also not aware of any role played by Buhari in her appointment by the immediate past administration.

A statement issued by a member of the family, Isah Zakari said that all her positions in the recent past including duties at the defunct Petroleum Trust Fund, PTF were achieved by merit.

The family assertions followed outrage among a section of the political class over her recent designation to take charge of the facilities and environment of the collation centre to be used for the forthcoming presidential election. She had been variously accused of being a relative of President Buhari or a near kinsman.

Reacting in a statement, the family said:

"Contrary to the widespread belief, Amina Zakari is not a blood relation of President Muhammadu Buhari. Her mother was from Daura (born and bred in Kano) and she was not Buhari's sister. It's also true that Buhari's sister was once married into the family. The union was short lived and did not produce a child. This all happened well before Mrs. Zakari was born.

"Furthermore, Alhaji Tanko Yakasai, the veteran Kano politician who first made the claim that she was born by Buhari's sister has since recanted. Those who have held on to the claim are therefore either unaware of his recantation or they are simply incapable of letting go their prejudices in the face of facts to the contrary.

"It is laughable that Mrs. Zakari who was appointed National Commissioner by former President Goodluck Jonathan under a PDP government can no longer perform any function in INEC because she is a supposed relation of President Muhammadu Buhari.

"The pieces of information being sold to the press about Mrs. Amina Zakari by the PDP are absolutely false, tendentious, malicious and highly reprehensible. Coming from outfits that we have the utmost respect for, makes it more excruciating for us to openly react. It is our belief that the issue of integrity should be as sacrosanct to any newspaper as it is to our family.

"Mrs. Zakari has challenged anyone with evidence against her of any misdeed to come forth and prove their case. She has now served under 3 different President's in various capacities and has served her nation in a forthright and honest manner with the utmost humility and much sacrifice It is rather unfortunate that she has now been thrown into the limelight in a vicious campaign to reduce her accomplishments to purported blood relationship while ignoring her vast and accomplished resume.

"Mrs. Zakari attended the acclaimed Queens College on merit being first from Kano State in the Common Entrance in her graduating year from primary school. Mrs. Zakari also was one of the top students in her graduating Pharmacy B.Sc class in Ahmadu Bello University. She spent time raising a family giving birth to 5 Children while her late husband took roles of increasing capacity in UBA and Union Bank.

"She worked as a consultant for the Petroleum (Special) Trust Fund but it is an absolute falsehood that she was appointed to that role by President Buhari. She started as a sub-consultant of Afri Projects Consortium and was eventually promoted to the Health portfolio for the Consortium after the departure of the late Dr. Aminu Safana (whom she worked for) when he joined partisan politics in 1999. She also served as Executive Secretary for Health in the FCT Administration under the Obasanjo administration's second term.

"She is one of the most accomplished election experts in Nigeria with 2 elections under her belt (2011,2015). To our knowledge, President Buhari didn't even attend the Council of States meeting where her nomination for INEC was presented by President Goodluck Ebele Jonathan.

"What is unfortunate is instead of celebrating an accomplished woman to support diversity in our polity and groom our future female leaders, we are stuck on belittling Mrs. Zakari's accomplishments to mere familial ties. If we begin to harangue and harass our officials for family ties (which they do not control) over competence we shall have no one to serve. A cursory review of INEC and other institutions will reveal a wealth of family and professional ties and contradictions, does that mean everyone should resign?

"While we have tremendous respect for the role of the media in our national development, we expect that media organizations whose promoters project themselves as respecters of the rights of others should always get their facts right and present incontrovertible facts.

"Enough is enough leave our mother, daughter, sister alone to serve the nation as she has done so diligently over her life and career." 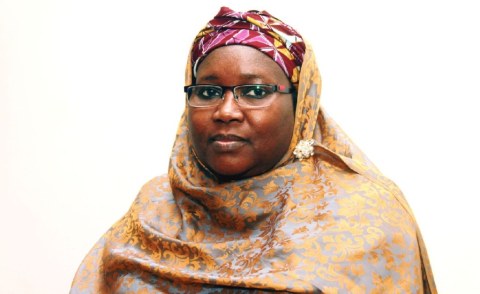 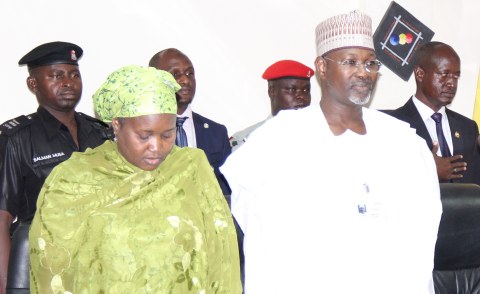 Nigerian President Appoints New Electoral Boss
Tagged:
Copyright © 2019 Vanguard. All rights reserved. Distributed by AllAfrica Global Media (allAfrica.com). To contact the copyright holder directly for corrections — or for permission to republish or make other authorized use of this material, click here.