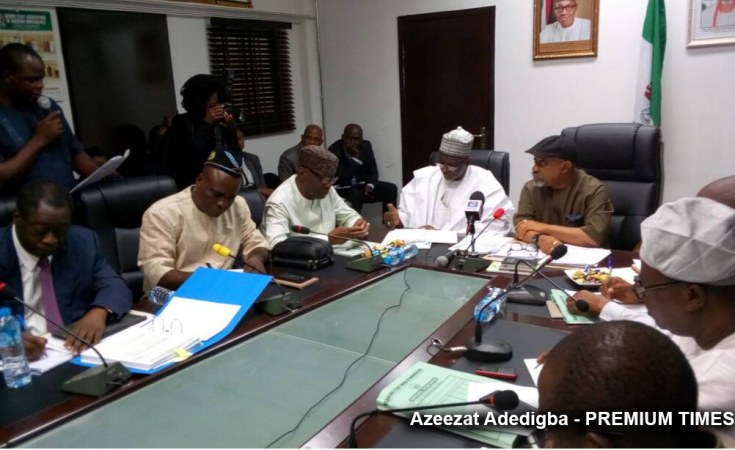 Abuja — The federal government and the leadership of the Academic Staff Union of Universities (ASUU) yesterday made progress in their negotiations to end the over one- month industrial action by university lecturers, which has crippled academic activities in public tertiary institutions.

The Minister of Labour and Employment, Chris Ngige who led the government team, said at the end of five- hour meeting held at the conference hall of ministry in Abuja, that substantial progress was made on the demands of ASUU, adding that the industrial by lecturers may be called off before weekend.

Ngige said the meeting agreed that ASUU's representatives will go for consultations with their members before coming back on Thursday for a final deal.

He listed the areas that agreement has been reached to include the approval for the setting up of an ASUU floated company, Pension company (PENCO) that will solely manage the pension of university teachers in the country.

Other areas include, payment of salary arrears of allowances and proposal being for the funding of revitalisation of tertiary institutions in the country.

On the issue salary shortfall in the tertiary institutions, Ngige said the Ministry of Finance and the Office of the Accountant General of the Federation have provided evidence that on December 31, 2018, before the expiration of the current 2018 budget that they have remitted N15,389,940,335.71 to the universities to take care of the arrears.

"This money is being worked out and will be released to ASUU as soon as the processes are completed," he said.

The minister further explained that the meeting dealt with issue of revitalisation of public institutions for which the then administration of former President Goodluck Jonathan agreed to inject about N220 billion into the university system every year for about six years.

He said that the federal government has given ASUU a firm assurance that it will not repudiate the agreement and that government, adding that government being a continuum, it will abide by it.

He said that the present administration is finding ways to sources funds to be able to meet that obligation.

According to Ngige, proposals on how to source funds for the implementation of that aspect of the agreement with ASUU has been worked out by a committee and report submitted to the president for his action.

Speaking on behalf of ASUU, its President, Prof. Biofun Ogunyemi said a number of proposals has been offered by the government to end the strike action, adding that the union will have to communicate same to its members before taking a final stand.

ASUU had on November 4 embarked on nationwide strike over unfulfilled past agreements by the federal government.

ASUU Asks Nigerians to Beg Buhari to Have Mercy On Students

Nigerian Academic Union Explains Why Strike Was Called Off
Tagged:
Copyright © 2019 This Day. All rights reserved. Distributed by AllAfrica Global Media (allAfrica.com). To contact the copyright holder directly for corrections — or for permission to republish or make other authorized use of this material, click here.