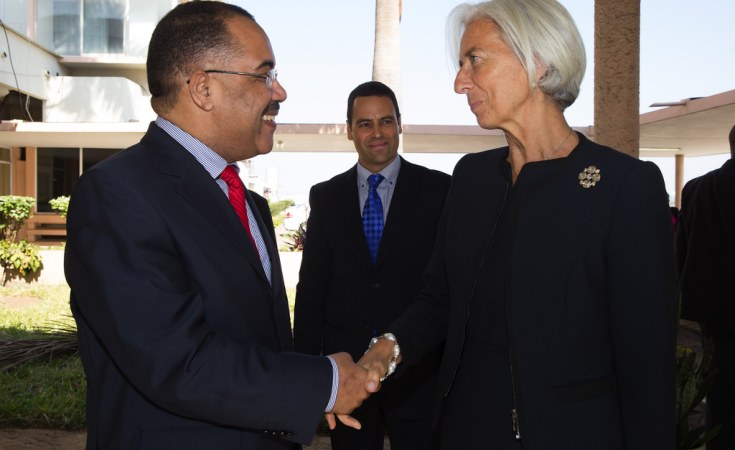 Maputo — Rudi Krause, the South African lawyer for Mozambique's former Finance Minister, Manuel Chang, who has been detained in Johannesburg for the past nine days, says he intends to seek bail for his client.

Chang is due to appear in the Kempton Park Magistrates Court in Johannesburg on Tuesday, and Krause told the independent newssheet "Carta de Mocambique" that he will apply for bail, so that Chang can await in freedom the subsequent steps in the procedure for his extradition to the United States.

Chang was detained on the basis of an international arrest warrant issued by the US authorities. He is being charged with conspiracy to commit money laundering, wire fraud and securities fraud.

The loans were only possible because they were guaranteed by the Mozambican government, so that, in the event that the companies could not repay, the government would be liable for the whole two billion dollars. As Finance Minister at the time, it was Chang who signed most of the loan guarantees, although they violated the ceiling on guarantees laid down in the budget law.

The US prosecutors have so far arrested five people - Chang, three former executives of Credit Suisse, Andrew Pearse, Surjan Singh and Detelina Subeva; and Jean Boustani, the lead salesman and negotiator for Privinvest, the Abu Dhabi based concern that was the sole contractor for Ematum, Proindicus and MAM.

"It doesn't make sense for my client to remain in detention until the extradition procedure is decided", Krause told "Carta de Mocambique". That could still take a long time: Krause claimed that the US Justice Department has not yet submitted all the paperwork necessary to support an extradition request. It has 60 days to do so, and Krause saw no reason to keep Chang detained for such a long period.

He noted that the three former Credit Suisse executives were released on bail in London, shortly after their arrest. Krause did not see why Chang should be treated any differently. He said the former minister is not a flight risk.

But both South Africa and the United Kingdom have extradition treaties with the US, while Mozambique does not. Despite Krause's assurances, it would not be particularly difficult for Chang, once released, to slip across the border into Mozambique where he would be safe from extradition.

Chang has announced that he intends to fight the extradition request - and even if the Johannesburg court agrees to extradite him, he can still appeal to the South African Supreme Court.

The court in New York that will hear the case will certainly want to speed matters up. The date for the first hearing has been set for 22 January.

The judge is William Francis Kuntz II, who was appointed judge to the eastern district court of New York in 2011 by the then President Barack Obama. He has a good reputation, and the Metropolitan Black Bar Association of New York elected him its "jurist of the year" in 2017.

Centre for Public Integrity Calls for a Halt to Debt Negotiations