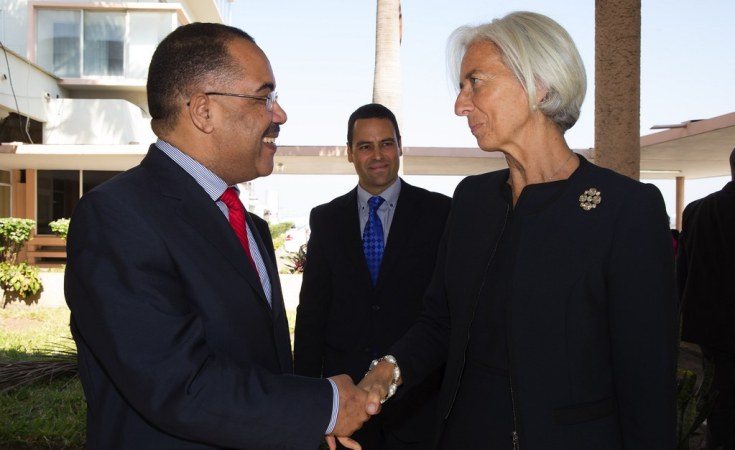 The indictment against Manuel Chang and others was published on 3 January. Two other senior Mozambicans have also been charged but their names are blacked out, as they have not yet been arrested. These two are alleged to have received $36.5 mn in "bribes and kickbacks". Chang is said to have personally received $12 mn. Three "Mozambican co-conspirators" who are not charged, presumably because they cooperated with the US Department of Justice, received $23 mn in bribes. But the largest payment, $45 mn, went to Andrew Pearse, the then Credit Suisse (CS) managing director who orchestrated the secret loan deal.

The indictment, issued by a Grand Jury at a US district court in New York on 19 December, shows the large amount of information already provided to the US department of Justice, including e-mails and other documents. These make clear the secret loans were corrupt for the start, going to the top.

Eight people are charged, the three Mozambicans, two senior people from the Abu Dhabi company Privinvest which received the money and was to supply ships and coastal protection equipment, and three senior people then at Credit Suisse.

Thus the indictment is not just against the Mozambicans who took the loans and received bribes, but also against CS senior officials for organising fraudulent loans and Privinvest for charging "inflated prices" which it then used "to pay bribes and kickbacks". The full indictment is posted here.

On 11 November 2011 the redacted Mozambican wrote an email to Jean Boustani, a senior executive at Privinvest: "To secure the project is granted the go-head by the HoS [Head of State, Armando Guebuza], a payment has to be agreed before we get there, so that we know and agree, well in advance, what ought to be paid and when." Boustani replied the same day that because of "negative experiences in Africa" Privinvest now had a policy that no money could be paid before a contract was signed. On 14 November 2011 the redacted Mozambican agreed that part of the bribes would be paid on signing and part when the project started.

But the Mozambican warned in the e-mail that by the time of project implementation "there will be other players whose interest will have to looked after, e.g. ministry of defense, ministry of interior, air force, etc". Money must be paid early because "in a democratic government like ours people come and go, and everyone involved will want to have his/her share of the deal while in office, becomes once out of the office, it will be difficult. So it is important that the contract signing success fee be agreed and paid in once-off, upon the signing of the contract."

In another e-mail exchange on 28 December 2011, it was agreed that $50 mn in bribes would go to Mozambican government officials and $12 mn in kickbacks for Privinvest co-conspirators. It took a further year of negotiation. The ProIndicus contract with Privinvest was signed on 18 January 2013, and the first bribes were paid five days later.

Will Credit Suisse wiggle out?

“The indictment alleges that the former employees worked to defeat the bank’s internal controls, acted out of a motive of personal profit, and sought to hide these activities from the bank,” Credit Suisse said in a statement, adding that the bank would continue to cooperate with authorities.

But the indictment also makes clear how easy it was for Andrew Pearse, head of CS's Global Financing Group, and the others to bypass the bank's internal controls, and how little check there was on their activity.

CS is not charged in this indictment, but it will still be argued that the combination of pressure to lend and very light controls encouraged misconduct. The indictment also makes clear that CS and Privinvest pushed the loan and had to offer significant bribes before the Mozambicans would accept.  So pressure will remain on CS to accept some liability for the $2 bn secret debt.

Britain declines to prosecute $ laundering & leaves it to the US

Many of the actions being prosecuted in the US case took place in London at the Credit Suisse (CS) branch there, and the three ex CS employees were arrested in London on 3 January.

The Financial Times (FT, 11 Nov 2018) reported that the British Financial Conduct Authority (FCA) told CS in August 2018 that it had dropped its criminal probe into the secret loans. The FT commented that "the U-turn is a boon to the bank as the FCA was previously looking to use its criminal money-laundering powers in what would have been one of the first cases of its kind."

The FT notes that the FCA has yet to file charges in any criminal money laundering case.

Comment: The UK has taken harsh action against Mozambique because of the $2 bn secret debt, cutting off all aid directly given to government. By dropping the case against CS, it makes clear it will punish poor countries taking bribes, but not London banks giving bribes.

The people of Mozambique suffer twice - first from a corrupt government, and then by the UK cutting off aid to health and education. But in London, the corruptors go free - until the United States demands the arrests of the bribe givers.

It leaves the UK looking just like Mozambique, refusing to prosecute the guilty, and punishing the poor but not the rich.

But in Britain's case, the reluctance to prosecute CS and money laundering may be understandable. If the UK leaves the European Union, it will increasingly be dependent on illegal money to keep the economy afloat. And it will need the support of the big global banks.  jh

"The arrest of three Credit Suisse bankers should embarrass the FCA, as it shows that the FCA decision failed to fulfil the organization’s basic statutory standards, and suggests that UK regulators did not apply the necessary due care in handling the Mozambican debt case," said the Budget Monitoring Forum (FMO, Forum de Monitoria do Orçamento), a Mozambican civil society coalition. FMO adds that if FCA "internal constraints … affect their ability to take appropriate action against Credit Suisse," FMO is willing to assist.

"The nature of charges also reinforces our view that the Mozambican illegal debt crisis is a consequence of criminal activity spanning various jurisdictions including the UK, Norway, Netherlands, Switzerland and the UAE."

"FMO rejects Credit Suisse’s attempts to distance itself from its former employees. As we have previously stated ,the failure of Credit Suisse to lay criminal charges against its former banker Andrew Pearse, responsible for the sovereign debt deals who joined the contractors benefitting from the illegal Ematum loans, suggests that illegal, immoral and negligent conduct was not by a rogue banker, but rather part of systemic Credit Suisse culture. "

The Banker Bros Who Bankrupted Mozambique

Will South Africa Send Manuel Chang to U.S. or Mozambique?
Tagged:
Copyright © 2019 Mozambique News Reports And Clippings. All rights reserved. Distributed by AllAfrica Global Media (allAfrica.com). To contact the copyright holder directly for corrections — or for permission to republish or make other authorized use of this material, click here.