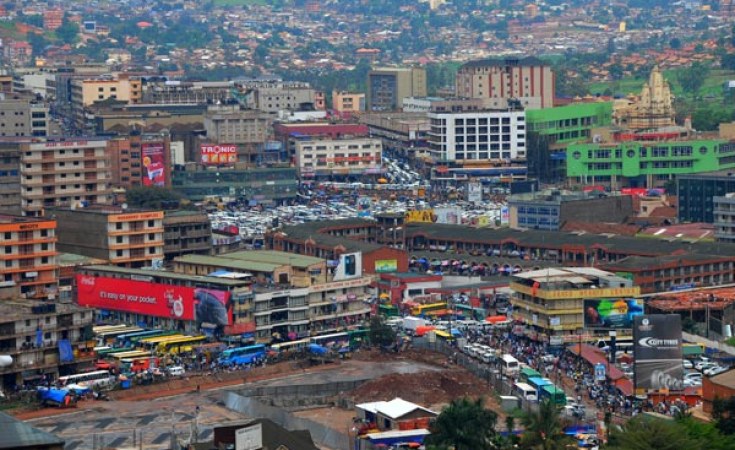 The Minister of Finance, Mr Matia Kasaija has assured the country that public debt is sustainable saying at end of June 2018, Uganda's total public debt stock (domestic and external) amounted to $10.7 billion, which is equivalent to Shs41.326 trillion.

Mr Kasaija said out of this, external debt disbursed and outstanding accounted for is 67.2 percent representing $7.2 billion or Shs27.939 trillion while domestic debt contributed 32.4 percent to total financing $3.5 billion or Shs13.386 trillion.

"Uganda's debt remains sustainable with nominal debt to GDP of 41.5 per cent which is consistent with the findings in the Auditor General's report. This performance includes the financing of the flagship projects like the power generation plants at Isimba and Karuma, the development of Kabaale International Airport and the construction of Entebbe Express High Way, among others," he said.

Uganda's public debt has been increasing in the recent years due to increased government borrowing externally and domestically to finance public expenditures.

Mr Kasaija who was addressing journalist in Kampala on Tuesday further noted that the Net Present Value (PV) of Public Debt to GDP increased to 30.8 per cent in June 2018 from 27.4 per cent as at the end of June 2017.

The Net Present Value (NPV) of a loan is the sum of all future debt service obligations (principal plus interest) on existing debt, discounted at the market interest rate while, the Nominal Value of a loan equals the loan amount borrowed.

At the level of 41.5 percent, this means that Uganda's debt sustainability is still below the threshold of 50 percent ratio to the GDP by 8.5 per cent.

"I want to inform the country through you the media that Uganda's Public debt has been provided largely by multilateral creditors who offer concessional terms that include a grant element of more than 50 percent with an average maturity of over 35 years and a grace period not less than 6 years coupled with relatively low interest rates below 1.5 per cent annually," he said.

Mr Kasaija said bilateral creditors on the other hand are dominated by China Exim Bank and Japan International Corporation Agency (JICA) who are the biggest lenders, adding that the bilateral creditors offer preferential terms with grant element that range between 20 per cent and above 35 per cent.

Previous Story
Is Uganda's Rising Public Debt Worth It?
Next Story

Five East African Countries in U.S.$100 Billion Debt Trap
Tagged:
Copyright © 2019 The Monitor. All rights reserved. Distributed by AllAfrica Global Media (allAfrica.com). To contact the copyright holder directly for corrections — or for permission to republish or make other authorized use of this material, click here.