Gabon: What Next for Gabon Following Failed Coup Attempt? 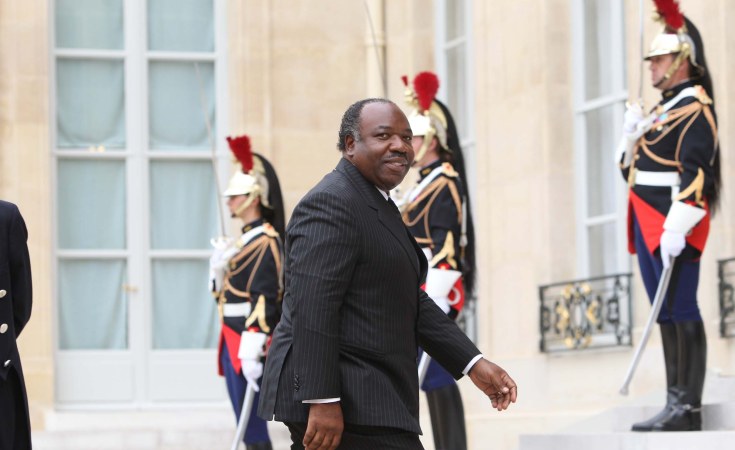 Calm has returned to Libreville and internet has been restored, a day after a coup attempt aimed at overthrowing Gabon's government and President Ali Bongo. The ailing leader remains out of the country, recovering from an apparent stroke, and the opposition has seized upon the moment to express frustration over the 2016 elections and Bongo's health.

"Gabon is not accustomed to military coups," said Laurence Ndong, spokesperson for opposition leader Jean Ping, saying that the country was used to having elections stolen through state manipulation of elections.

"Those in power today are covered in the blood and misery of the Gabonese people, who each time express their desire for a change because we've had 50 years with the same family in power," Ndong told RFI.

Claye Martial Obame Akué, spokesman for the Coalition for the New Republic, Ping's party, said he was not aware of any link between the coup plotters and Ping.

He said the opposition was a "supporter of anything that can help lead Gabon towards change", without explicitly throwing support behind a military coup. "The people voted for Jean Ping in 2016 and this sovereignty should be respected," he added.

Ping supporters did attempt to march in the economic capital Port Gentil on Monday, but they were quickly dispersed by police for not having requested any authorisation for a protest.

What have the authorities said about the coup attempt?

"Investigations will be carried out right to the end," Flavien Enongoué, Gabon's ambassador to France, told RFI. "They have to determine the ramifications within the army, but also in the political world," he added.

The group of soldiers who stormed the state broadcaster said they wanted to "save Gabon". The declaration by Lieutenant Kelly Ondo Obiang criticised institutions he said were "illegitimate and illegal". The coup plotters said they wanted to put in place a "national council" for some kind of transition.

Two of the coup plotters, a gendarme and member of the republican guard, were killed, according to government spokesman Guy-André Mapangou. The others, including Lieutenant Kelly Ondo Obiang, were arrested.

President Bongo is yet to make an appearance since Monday's coup attempt. He remains in Morocco convalescing following an apparent stroke he suffered in Saudi Arabia. His last appearance was for the president's annual New Year's message on 31 December when he said he was "better".

Analysts say Bongo's long absence from Gabon has intensified political uncertainty in the country, while the security forces still remain under Bongo's control.

"The fact that the leadership of the security forces is in the hands of the Bongo family very much reduced the chances of the plot succeeding," said Maja Bovcon, senior Africa analyst for Maplecroft, a UK-based risk consultancy firm.

"A failed military coup is indicative of broad socio-economic and political frustration with Gabon's leadership, which has been weakened by the suspected incapacitation of its strongman president," said Robert Besseling, founder of EXX Africa, a company working on political and economic risk.

Bovcon said that Bongo's continued absence "is likely to spark new waves of civil unrest over the coming months". She added that Western powers could "step up pressure" on the Gabonese government if Bongo does not return to the country in the next few weeks.

Besseling agreed that the opposition could try to capitalise on the government's perceived weakness by bringing their supporters back on to the streets. He said that the "prospect of military unrest including mutinies and further coup attempts remains likely", but the possible success of any coup is limited by Bongo's proximity to senior military leadership.

There was quick condemnation of the coup attempt from a number of international actors criticising illegal transfers of power.

"The African Union strongly condemns the coup attempt," said AU chief Moussa Faki Mahamat in a tweet. "I reaffirm the AU's total rejection of all unconstitutional changes of power."

Burundi's President Pierre Nkurunziza noted that he survived a coup attempt and congratulated the security forces who "quickly restored order".

"I support my brother President Ali Bongo and the Gabonese people during this ordeal," Nkurunziza tweeted, criticising any "anti-democratic approach".

Chadian President Idriss Deby strongly condemned the coup attempt, pointing out that "all unconstitutional changes or taking power by arms constitutes an aberration and violation of the founding principles of the African Union."

The French government said it "condemned all extra-constitutional attempts to change power", according to a statement. "The stability of Gabon cannot be assured except for strict respect for the constitution".

Gabon's Ali Bongo Back Home After Prolonged Medical Absence
Tagged:
Copyright © 2019 Radio France Internationale. All rights reserved. Distributed by AllAfrica Global Media (allAfrica.com). To contact the copyright holder directly for corrections — or for permission to republish or make other authorized use of this material, click here.

In Zimbabwe, Tensions Rise Ahead of Planned Anti-Govt Protest
ICT