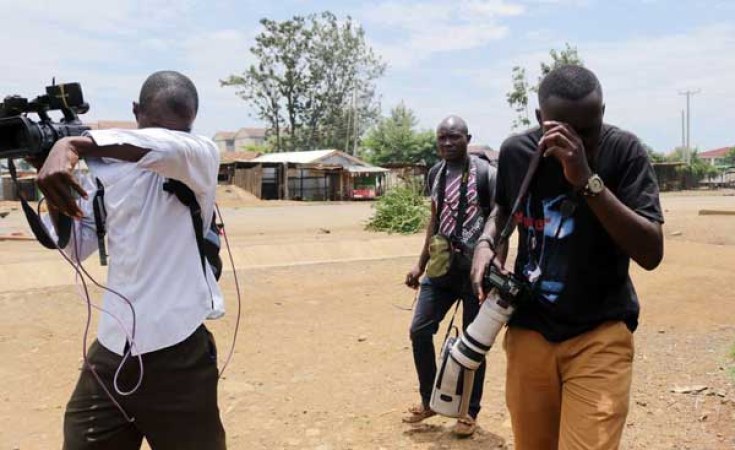 Maputo — Maputo, 9 Jan (AIM) - The human rights organisation Amnesty International has called on the Mozambican authorities to release "immediately and unconditionally" journalist Amade Abubakar, who is being held illegally by the military in the northern province of Cabo Delgado.

According to eye-witnesses, Abubacar was detained in the town of Macomia, while photographing people fleeing from the interior of the district, where terrorist groups, believed to be islamic fundamentalists, have been attacking villages.

Abubacar is reported to have been taken into military detention in Mueda, which is about 300 kilometres from Macomia.

"Amade Abubacar is a respected journalist who was collecting testimony about people fleeing deadly attacks in Cabo Delgado when he was seized by police. This is the latest display of contempt for freedom of expression and media freedom by the Mozambican authorities, who see journalists as a threat and treat them like criminals," said Tigere Chagutah, Amnesty International's Deputy Director for Southern Africa, cited in an Amnesty press release on Wednesday.

"Amade Abubacar is being held in incommunicado detention without access to a lawyer or respect for due process", he continued. "The Mozambican authorities must immediately and unconditionally release him, and ensure that journalists can do their jobs without fear of reprisals."

"Instead of targeting journalists who are covering the attacks in Cabo Delgado, the Mozambican authorities should be trying to understand the root causes of the violence and taking action to protect civilians," said Chagutah.

Abubacar works on the Macomia community radio, which is owned by the state Mass Communications Institute (ICS). He also strings for the Zitamar News Agency.

He is the second journalist illegally detained in Cabo Delgado within a month. In December Estacio Valoi was detained without charge and held for about 48 hours. Although he was eventually released, the military held onto his equipment, and told him he would have to apply to the Ministry of the Interior for its return.

These detentions are flagrant violations of the Mozambican Constitution and the 1991 press law, which guarantee freedom of the press, and should protect journalists against such harassment.