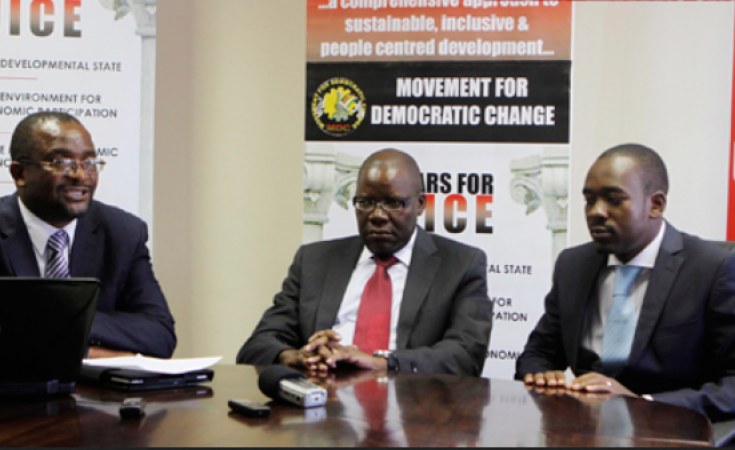 Constitutionally, the latest time by which the congress has to be held is October but the national council can determine otherwise.

MDC leader Nelson Chamisa has relented to pressure from some of his senior lieutenants to bring forward the party's long-awaited congress from October to June this year as factional tensions in the country's main opposition movement reaches boiling point, it emerged this week.

Chamisa took over as MDC president in controversial circumstances last year after he outwitted his then two co-vice-presidents, Elias Mudzuri and Thokozani Khupe, during a cat-fight which played out at a time former founding president Morgan Tsvangirai was on his deathbed in South Africa.

Soon after Tsvangirai's death, Chamisa -- who at the time was acting party president -- convened an urgent national council meeting which immediately confirmed him as acting party leader until congress is held.

The national council later confirmed Chamisa as the substantive leader.

Chamisa grabbed power at a time Khupe -- who was elected vice-president at the party's last congress unlike Chamisa and Mudzuri who were appointed by Tsvangirai, -- had travelled to Johannesburg with some senior party officials to collect the former trade unionist's body.

Relying on a militant youth wing christened The Vanguard, which launched violent raids on Khupe's camp, Chamisa managed to decimate his most potent rival then.

Khupe and his followers were beaten by the Vanguard members at Tsvangirai's funeral in Buhera. She was also subjected to frequent attacks even when she had retreated to her Bulawayo base.

Khupe eventually broke away from the party alongside other officials including former spokesperson Obert Gutu.

But no sooner had Khupe left than fresh fissures emerged particularly between Chamisa and party secretary-general Douglas Mwonzora and Mudzuri, who have been pushing for the leadership dispute to be settled at congress.

Officials in the party say Mwonzora's camp has since last year been pushing for the congress to be held by end of February in accordance with a provision in the party's constitution, which states that upon the death or resignation of a sitting president, an acting president must take over for a period not exceeding a year, after which an elective congress should be held to decide the new substantive leader.

Chamisa's camp has, on the other hand, been arguing that since the MDC leader was made substantive president by the party's highest decision-making organ, the national council, soon after Tsvangirai's burial, that provision no longer applied. Instead they say congress can only be held in October this year when it is constitutionally due.

MDC sources told Zimbabwe Independent the party has initiated the process which will lead to the June congress after having tasked its organising department headed by Mkoba legislator Amos Chibaya to come up with a programme of action which will be presented at the national council meeting slated for the end of this month for adoption.

The sources said Chamisa's camp relented after it realised that further delays were giving impetus to the narrative that Chamisa was afraid of a congress.

"It was realised that delaying the congress to October was feeding into the narrative that Chamisa was too keen to hold onto power without congress approval. The only problem now is that we should hold smaller congresses at all levels of the party, starting with the branch, the ward, the district and then the province before the national congress happens," an official said.

"Now, it is clear that it will not be logically possible to hold those by June because we need two months to restructure each organ. But then Chibaya's department was tasked to come up with a timeframe and programme to reorganise those lower structures. The most workable plan would be to waive the two months programme for lower structures so that it would be possible to hold the congress by that time."

Another source said: "It will all depend on whether or not the national council will agree with the plans of the organising department, especially considering that the party really wanted time to restructure the branches and wards which have not been functioning well especially in rural areas. So there is a little bit of a challenge there but these can be attended to afterwards."

MDC spokesperson Jacob Mafume said the next national council meeting will decide when the congress is to be held.

"Constitutionally, the latest time by which the congress has to be held is October but the national council can determine otherwise. Hopefully, the issue will be dealt with when it meets next," he said.

Mafume also said the re-organisation of smaller party organs will kick off shortly.

"It is common knowledge that in the period leading to the congress, we will have to attend to those smaller structures of the party and we are coming up with a programme for that," he said.

Efforts to get a comment from Chibaya were fruitless as he was not answering calls on his mobile phone.

He also did not respond to text messages sent to him.