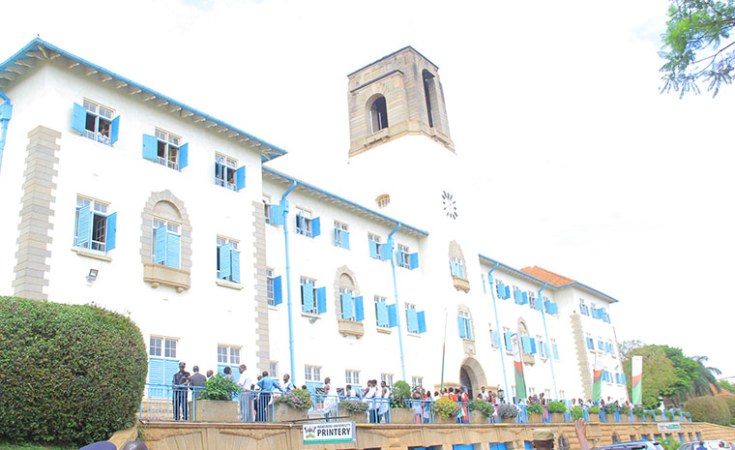 The Observer
Makerere University.
The Monitor (Kampala)
By Damali Mukhaye

Kampala — Details have emerged showing grounds upon which the 45 Makerere University staff were sacked by the Appointments Board.

The report by the university's Appointments Board, which Daily Monitor has seen, shows that the staff were dismissed on December 22 last year for alleged insubordination, failure to hand in marks in time and, among other wrongs.

According to the report on the disciplinary decisions of the board, some of the sacked staff had fathered children with their learners while others were harassing students.

The fired staff have since protested their dismissal and petitioned Parliament, saying the university administration terminated their employment unfairly and unjustifiably. The sacked staff and the grounds for their dismissal are listed here below.

-Forged, altered and entered examination marks for two students into the results database

-Smuggled names of two students on the graduation list yet one of them did not merit the award of the Degree of Pharmacy, an act likely to injure the Education and Public Health Sectors as well as the image and status of the university.

-Reported harassment of eight female students from his department.

-During awkward hours and without authority and outside normal working hours, accessed the results database for two students on March 11, 2010 at 4am and on February 26, 2010 at 1.16am.

-Falsified the graduation list for February 2017 by adding unqualifying students for the award of Bachelor of Sciences in Pharmacy Degree.

-Falsified the College of Health Sciences academic minutes in a document dated July 27, 2016 in which additional students were intentionally presented for inclusion for the 67th graduation ceremony to the Academic Registrar for the award of Bachelor of Science in Pharmacy Degree.

-Smuggled three names to the graduation list, an act that caused financial loss to the university.

-Solicited and accepted money from a service provider an act which brought injury and disrepute to the image of Makerere University.

-Evicted, without authorisation, occupants of the Edge House No.37, an act which brought injury, odium and disrespect to the image of the university.

-Extorted and received Shs674,000 from Ms Diana Naiga which money was not declared to the university authorities.

-Engaged in conduct that amounts to insubordination and or disobedience and refusal to take lawful orders in respect of slanderous attacks against Prof Mahmood Mamdani and several other university officials.

-Leaked university information to stakeholders, partners, including foreign donors, thus injuring the image of the institution

-Persistently refused, neglected or omitted to perform official duties assigned to him.

-Persistently reported late for duty/work and/or reported for work irregularly without official permission.

-Habitually falsified the attendance register in the Directorate of Finance in regard to his arrival time.

-Administered an examination to students on December 15, 2017 but 10 months later, he refused, ignored or failed to submit both the examination scripts and results to the authorities despite the numerous appeals from the exam coordinator, the HOD, Dean, School Board, College Academic Board, Principal and Deputy Vice Chancellor (Academic Affairs) and Vice Chancellor.

-Responded to these appeals by communicating insults and his unwillingness to teach again despite the fact that the course falls in his area of expertise. This is not an isolated incident. Dr Albert Rugumayo (who passed away in September 2018) submitted his component of results as early as February 2018.

-The College of Business paid his teaching allowances on his bank account in October 2017 long before students sat his exam.

- Never appeared in the Department to conduct classes that were assigned to her since September 4, 2014 to-date.

-On April 4, 2013, she applied for the post of assistant lecturer and was appointed (on probation) on October 1, 2013. One day later, she applied for promotion to the position of lecturer. She had taken up a new assignment outside Makerere and never appeared in the Department to teach since September 4, 2014.

-Was granted a study leave for three years effective April 18, 2011 to April 17, 2014 to pursue PhD studies at University of Pretoria, South Africa after being bonded.

- On October 28, 2015, Makerere demanded from him study progress reports after receiving information that he had completed studies.

The following day he responded that he would not return as his son needed medical attention and that he would look for employment in South Africa but also confirmed that he had completed studies and graduated on 23rd. He applied for leave without pay but on February 22, 2016, the university informed him that it was abolished

-On June 24, 2016, the university confirmed that he was fully employed as a senior lecturer (with full benefits) at the University of Witwatersrand, South Africa.

-He disseminated wrong information in his April 12, 2011 letter to Makerere that his bursary extends up to four years yet in a letter received from the University of Pretoria the bursary was for two years.

-He absconded from duty when he did not report back to work after being informed that leave without pay was abolished.

-He continued receiving salary after the tenure of his study leave expired.

-She left her place of work without being granted leave from January 20, 2015 to September 1, 2016 to pursue PhD studies.

-On June 15, 2011 she was appointed assistant lecture on probation.

According to the terms and conditions of the PhD grant, the scholarship "cannot be extended beyond the three years."

-On January 28, 2015, she applied for extension of study leave until September 2016 to enable her complete and defend her PhD but was informed to comply with the provision in section 12.2.4d of the Human Resources Manual by providing evidence/proof of sources of funding for the extension period.

- Her salary was suspended in February 2017.

-On July 23, 2009, he was granted study leave to pursue a Masters programme at University of Goettingen, Germany with effect from October 1, 2009 to September 30, 2011 after being bonded.

- The university informed him that he should have completed his studies by September 30, 2011 and that he had failed to submit his progress report

-His case was presented to the Appointments Board for disciplinary action

-On February 4, 2013, a decision was made that Mr Wathum be replaced because he had absconded from duty.

-He absconded from duty when he took sabbatical leave without getting official permission.

-On July 22, 2008, the VC requested him to provide a detailed account of where he was going and what he was going to do during the sabbatical leave.

-On July 30, 2008, the VC wrote to the Dean School of Education requesting him to investigate the matter.

-She applied for study leave effective August 2010 to undertake PhD studies, which was not granted, but she proceeded to go for studies.

-She unlawfully left or abandoned her duties since August 2010 to-date.

- On February 16, 2009, she was offered an admission at the Pennsylvania State University for PhD studies.

-She was granted a study leave to enable her pursue her studies from 1st August 2009 to July 31, 2012, but did not return at the end of her studies to-date.

-On June 7, 2010, he requested for study leave for two years for a Master's in Business Information Systems at Eindhoven University of Technology in the Netherlands having signed a scholarship agreement with the university. He had taught one semester and was not eligible for study leave.

-He was later offered the deal to go for study leave but never returned after the two years. He was deleted from the payroll on September 5, 2013.

-On May 15, 2006, he was appointed Teaching Assistant on contract terms. On June 23, 2009 he was offered employment as a Resident Medical Officer at Sir Charles.

Without official permission or authority, he absented himself from duty since 2010 and thus absconded from duty to-date without reasonable cause.

-She did not return to perform her duties after the period of her study leave expired on August 24, 2015.

-She was granted a four-year study leave from February 12, 2003 to March 1, 2007 for PhD studies at the University of Witwatersrand, South Africa, after signing bonding forms, she never returned.

-She resigned and stated that she was aware the university had partially funded her PhD studies and was willing to work out an amicable solution to repay.

-He was granted study leave October 1, 2008 to September 30, 2011, but the university learnt that he was employed elsewhere.

-He failed to complete his PhD studies at the University of Teeside in the academic year 2008/2009 within the stipulated period.

He did not report to duty after his study leave ended on September 30, 2010 to date despite several reminders.

-She was granted study leave at the University of Warwick, UK, from October 2, 2006 to October 1, 2009 but refused to report back on duty despite having been bonded for five years.

-On August 1, 2006, she requested for facilitation to travel for further studies which was granted by Makerere University on August 5, 2006.

At her level and knowledge, she abandoned her duties for over six years despite the fact that she had signed bonding forms for five years

-She negligently carried out her duties when she did not report back after being reinstated on the payroll.

-She was granted three years for a study leave from September 1, 2014 to 2017 at University of Nottingham. She applied for another year to study PhD hence causing financial loss when she kept receiving salary while absent from duty.

-The university established that he is a full employer at a one university in Tanzania unlawfully.

-Engaged in acts likely to cause anarchy among non-teaching administrative staff of the university.

-Insubordination and or disobedience and refusal to take lawful orders in total disregard of administrative and legal opinions.

-On December 20, 2018, both Mr Bennet Magara and Mr Joseph Kalema led a mob into a Council meeting.

-Inciting a section of administrative staff against colleagues in the university.

-Slanderous attacks, towards members of the University Council.

Meanwhile, the report about the remaining 20 staff is yet to be completed according to the university source. It is expected next week.

Makerere University At Centre of Row Over Academic Freedom 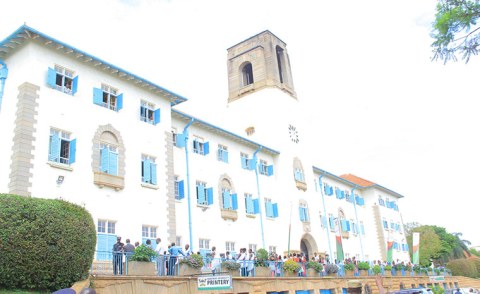 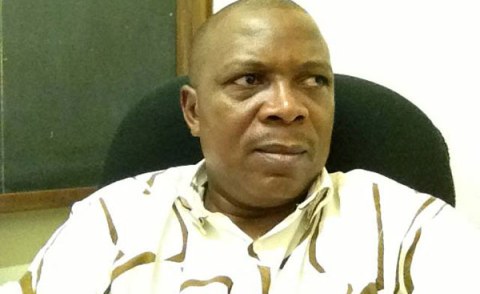 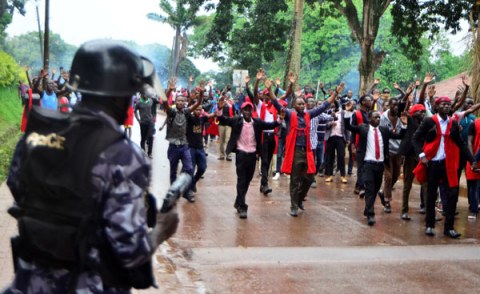 Why Uganda's Makerere University Lecturers Called Off Strike
Tagged:
Copyright © 2019 The Monitor. All rights reserved. Distributed by AllAfrica Global Media (allAfrica.com). To contact the copyright holder directly for corrections — or for permission to republish or make other authorized use of this material, click here.