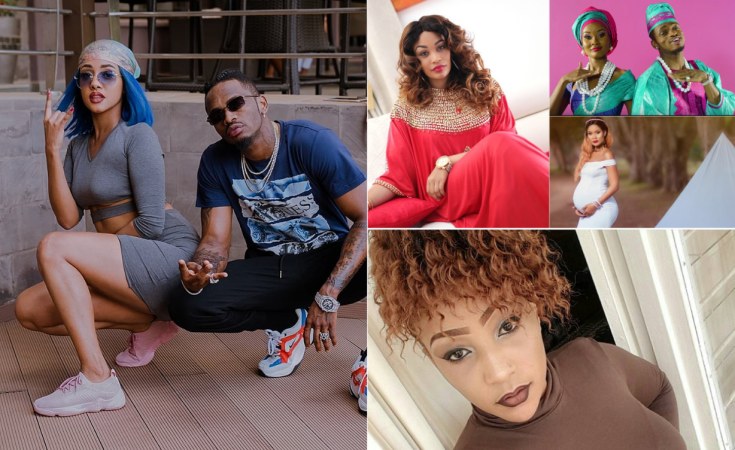 allafrica.com
Diamond and his women.
The Citizen (Dar es Salaam)

Naseeb Abdul, a.k.a Diamond Platnumz knows too well how to play with the media. No wonder he decided to start his own media empire. Whatever he does seems to have some form of marketing strategy or a hidden agenda.

His music career aside, Diamond has become known as a successful businessman. His exploits speak volume of his new-found persona, one which has come under strong criticism.

To successfully market any business, you require a strategy, so as to make some noise on the Internet, attract an audience, and build lasting customer relationships.

Marketing experts will tell you that there are several tactics you can use to promote any product or idea or service.

They include direct selling, earned media or PR, internet marketing, paid media advertising, word of mouth advertising, among others.

But how does a local musician ensure his presence is felt across borders?

Diamond is considered influential among his fans, and is said to be the most loved and decorated East and Central African artiste at the moment.

Since his debut in the music industry, the bongo flava recording artiste and dancer has been in our faces, no matter how hard we try to fight the urge to see him.

One could argue that he has really good music, but then for someone that sings mostly in Swahili to break out the way he did with big hits selling across the continent, here is another school of thought.

They say, behind every successful man, there is a strong and hard working woman. But let us frame it like this, "Behind a successful musician (Diamond), there is a socialite in a certain country".

At the age of 29, Diamond Platnumz has sired three known children with two women, and had about eight known relationships with different women.

As we know it, it is one man, two women, and just a bunch of drama, while the man sits back and watches this battle for his attention. He could care less how this truly affects all parties, as long as when it is all done he still gets the benefits he desires.

In Diamond's case, we cannot tell what his desires are, but one thing that is for sure is this thing has really worked for him.

Does he need music promoters, when he has all this media attention, stemming from the love triangle fights?

Let's break it down a little.

Diamond's breakout song "Kamwambie" in 2009 was inspired by heartbreak. The girl in question was Sarah who apparently dumped the heartthrob because he was poor.

Speaking about the song with Tubonge TZ in a 2014 interview, Diamond said: "I composed this song for Sarah, my ex-girlfriend whom I deeply loved but she dumped me because I was broke back then. In the song, I tell her how much she hurt me by leaving me because I was broke but I still loved her. I remember vividly the day we broke up, she told me "Listen Diamond, right now I can't continue being with a man who has no means to look after me."

The 'Number one' hit maker has since dated several women, mostly from his home country Tanzania.

When he was starting his music career, long before he became famous, Diamond dated Tanzanian bongo flava actress Upendo. They however broke up after five months.

Bongo movie actress, Wema Sepetu, will go down in history as one of the ladies who withstood the test of time as far as dating Diamond is concerned.

After having a run at Tanzanian women, Diamond decided to cross the border. He started with Uganda. Uganda only knew Diamond from his music, but soon they were invited into the other side of the bongo flava sensation after he started dating a Ugandan socialite Zari Hassan.

Until Zari dated Diamond, he was not a topic of discussion in Uganda. They listened to and enjoyed his music, but no social media gave him all the attention he needed to blossom in Uganda. And then Zari came into the picture. The two lived as man and wife in Tanzania, a relationship that resulted into two children, a boy and a girl.

In their first year of dating, he released a hit song 'Utanipenda', featuring Zari as the vixen. The song asked questions like: would she love him if he were broke?

Considering Zari was a popular socialite in Uganda and South Africa, this relationship became a point of concern for many fans in the two countries.

And since we live in a world that prefers to expose celebrities' lives, to showing 'important things' like economic, political and social problems, the tabloids and big media houses were talking about Zari and Diamond.

Any small thing they did became another story. Their tours, bedroom photos, pregnancy, Zari's fights with Diamond's other women - all that made news in the East African region.

In Uganda, the couple became another discussion in many WhatsApp and Facebook groups, earning Diamond the title Muko (brother-in-law).

And then the bomb, blast: their Valentine's Day break-up. Zari woke up in a no lovey-dovey mood and deleted all Diamond Platnumz photos from her social media accounts (Facebook, Twitter and Instagram).

Much as he was no longer with Zari, Diamond remained a topic in Uganda this year, both on social and mainstream media. The music continued and his next relationship was not far away.

It should be noted that while dating Zari, Diamond Platnumz is said to have cheated on her with video vixen Hamisa Mobeto, and even sired a child with her. Although he denied the rumours several times before finally admitting to everything on radio broadcast. Zari could not take it anymore.

Less than a month ago, the singer announced that he was in a relationship with Kenyan model and media personality Tanasha Donna Oketch.

Though he was a topic in Kenya while he dated Zari and all the other women, there was no strong attachment with him, until now.

He finally announced that he would be making it legal with Tanasha, on Valentine's Day in 2019. But less than a week ago, the singer said that their planned wedding had been put on hold for an unspecified time. Rumours are circulating that this is the end of the brief and highly profiled relationship between Diamond and Tanasha. However, on Tuesday this week, Tanasha posted a photo of Diamond on her instagram page with a heart emoji as a sign of love.

No Surprises As Diamond Calls Off Wedding With Kenyan Fiancée

Diamond Wants Govt to Make Wedding Day a Public Holiday
Tagged:
Copyright © 2019 The Citizen. All rights reserved. Distributed by AllAfrica Global Media (allAfrica.com). To contact the copyright holder directly for corrections — or for permission to republish or make other authorized use of this material, click here.