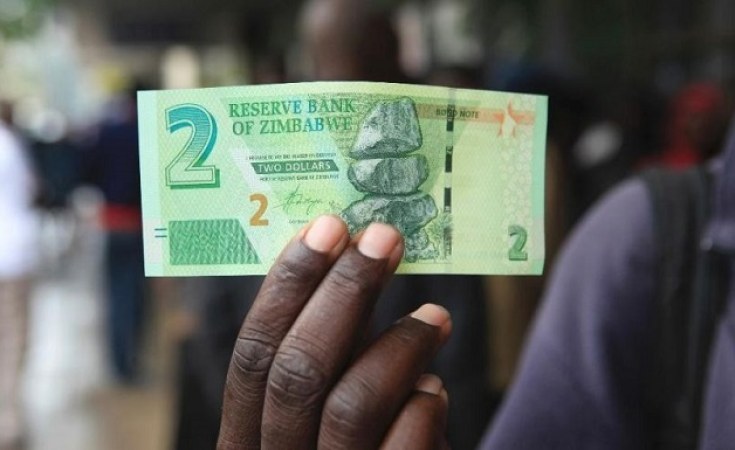 The Herald
Bond Note.
The Herald (Harare)
By Kudakwashe Mhundwa and Princess Ncube

Finance and Economic Development Minister Professor Mthuli Ncube yesterday said the country will have its own currency within the next 12 months, as Government is frantically working on raising enough foreign currency to anchor it.

Addressing delegates at a "Road to Davos" townhall meeting in the capital yesterday, Prof Ncube said adopting the United States dollar or the South African rand would not solve the country's macro-economic problems.

"On the issue of raising enough foreign currency to introduce the new currency, we are on our way already, give us months, not years," he said.

Asked to give a timeline on when currency reforms would be implemented, Prof Ncube said it would be done "in less than 12 months".

He said separating the parity between Real Time Gross Settlement accounts (RTGS) and foreign currency accounts (FCA) was the beginning of currency reforms which are necessary for pushing the country's economy in the right direction.

"There is a balance between preservation of value and removing price distortions," said Prof Ncube.

"The separation of accounts between the FCA and RTGS accounts was the beginning of currency reform."

Prof Ncube said he was no longer in favour of adopting the rand as that would still depend on the availability of US dollars.

"I also hear that the citizens are pushing towards adopting the rand, I even argued for it years ago and there was a reason, you know, if we are going to assume the rand as our currency, we first of all have to acquire the rand and we need US dollars first to purchase the rand. In the long-term, Zimbabwe needs its own currency," he said.

"Our job is to introduce a currency that will be stable and less volatile. Dealing with the fiscal side is the first order to move towards a stable currency. After all, what we have now is fiscal policy and now monetary policy and we have to tighten the belt on the currency volatility."

Adopting the United States dollar as the country's sole legal tender is not the way to solve Zimbabwe's macro-economic challenges, said Prof Ncube.

This comes as different companies and individuals have been pushing for the re-dollarisation of the economy, with claims that the shortage of hard currency is choking business operations.

Recently, Delta Corporation announced that it would start selling its products in hard currency, citing that operations were being adversely affected by foreign currency shortages. The decision was later reversed after consultations with the Government.

"The issue is shortage of forex with the corporates, the silver bullet is about currency reform, if we get that right the corporates can access foreign currency whenever they need it, the currency reform agenda is also impeding foreign investment, if investors cannot take their money out of the country then we cannot attract investors," he said.

"As a nation if we accept US dollar as our sole currency, then it means that we are afraid of currency reform and that's capitulation." This also comes at a time when industry has also raised a red flag towards re-dollarisation.

Confederation of Zimbabwe Industries (CZI) president Sifelani Jabangwe is on record saying re-dollarising the economy is counter-productive as it stifles growth and could halve the size of the economy.

"We see more companies wanting to sell in US dollars, but the issue is that we don't need dollarisation as an economy," said Mr Jabangwe.

"The economy will shrink by as much as 50 percent if we dollarise, so for me it is not the right way to go. We have seen it with US dollars in the past that we won't be competitive when using the US dollar."

An economist with a local commercial bank Joseph Mverecha has on countless times weighed in, disapproving the re-dollarisation of the Zimbabwean economy.

"Re-dollarisation will sustain disintermediation and dislocation in the economy, to the extent that foreign exchange access is non-existent for the vast majority of Zimbabweans who are non-exporters and constitute the largest segment of the population," said Dr Mverecha.

Previous Story
Ncube Shuts Door On Dollarisation, Says to Reintroduce Zimdollar
Next Story
'Incapacitated' Teachers to Report for Work Once a Week

'Incapacitated' Teachers to Report for Work Once a Week

Zimbabwe's State-Owned Bus Service Back - But Is It Sustainable?
Tagged:
Copyright © 2019 The Herald. All rights reserved. Distributed by AllAfrica Global Media (allAfrica.com). To contact the copyright holder directly for corrections — or for permission to republish or make other authorized use of this material, click here.