South Africa: Ramaphosa Promises an ANC Manifesto That Will 'Build a People's Economy' 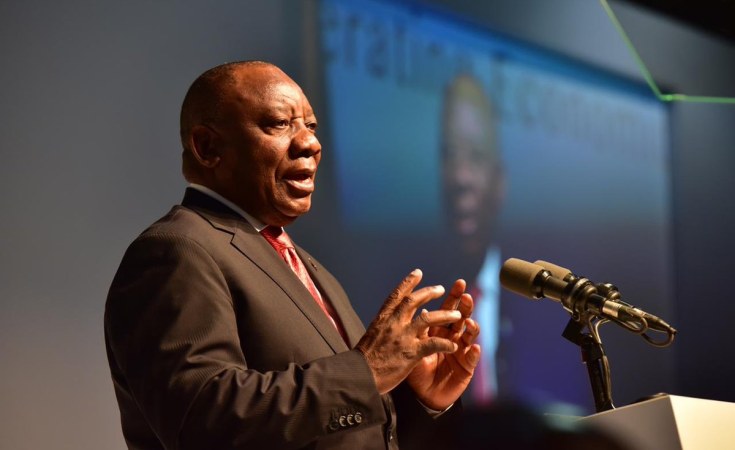 Great strides have been made in South Africa over the past two decades under the ANC's leadership. This is part of the message President Cyril Ramaphosa will deliver on Saturday when the party launches its election manifesto.

The ANC, which marked 107 years in existence this week, is hoping for a decisive win when the country votes in May.

It also hopes its latest offering will help to arrest its continued decline at the polls.

Speaking at the party's annual gala dinner last night, Ramaphosa said the ANC would present a true "people's manifesto" that would "build a people's economy".

Since appointing former police minister Fikile Mbalula as head of election the ANC has spent months canvassing the opinions of ordinary South Africans and has used them to sharpen its vision for the country.

The ANC president, making reference to Ghana's Sankofa bird symbol, said the word meant "to go back", telling guests, who paid to dine with the ANC elite, that the party would look back over the past 25 years since the dawn of democracy in South Africa.

"We South Africans remain unmistakably products of our country's long and complex history. We should look back at the past 25 years of our democracy to understand our story," said Ramaphosa.

"In understanding our story, we create a new story," continued the ANC and South African president.

'A period of renewal and rebuilding'

Ramaphosa said while it was important to reflect on the ANC's achievements and to note that life had considerably improved over the past two decades, there was still a lot more to be done.

"The people of South Africa have also observed how, in recent times, the ANC lost its way," admitted the leader.

He said this was due to factionalism, corruption and patronage that ate away at the core principles and values of Africa's oldest liberation movement. However, Ramaphosa said he believed the organisation had turned a corner.

Ramaphosa said the ANC had heard people's complaints about it and had taken the necessary steps to rectify itself.Ramaphosa: 'ANC aims to make SA the best country in Africa'

The ANC is the only organisation in the country committed to improving the lives of the people, party president Cyril Ramaphosa said on Monday.

"We have entered a period of renewal and rebuilding. We have taken steps to reclaim our integrity and credibility, both as a movement and as a government," he said.

Ramaphosa also said the ANC had prioritised economic growth and job creation, getting its social partners to back an economic recovery plan to create jobs.

The ANC will deliver its manifesto at the Moses Mabhida Stadium in Durban on Saturday, which it will share with its provinces, regions and branches in the run-up to the 2019 elections.