Nigeria: All You Need to Know About Nigeria's New Police Chief, Mohammed Adamu 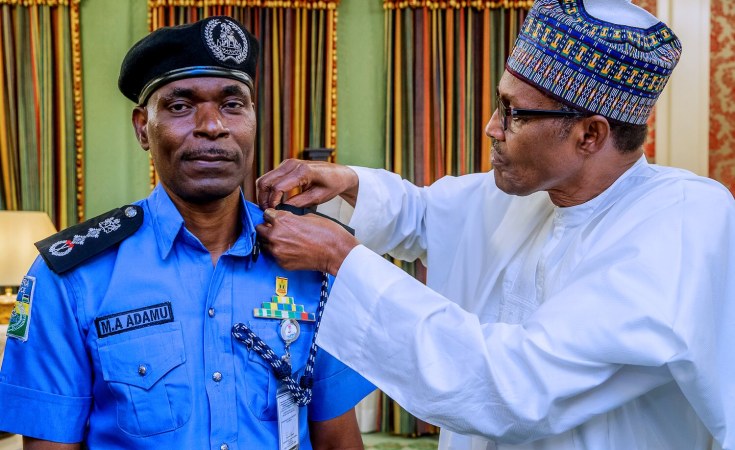 Below is the official curriculum vitae of Nigeria's new Inspector General of Police, Mohammed Abubakar Adamu.

To elevate the professionalism and capacity of the Nigeria Police Force, and transform it into a disciplined, ruthlessly efficient and democratically accountable law enforcement agency that ensures the safety & security of our country; a Force that habitually operates within the rule of law, and is respected and admired by its peers and the people it serves; and a Force where my wide & varied professional experiences & intellectual outlook as well as sound managerial talents could be fully utilised to deliver effective leadership and outstanding results.

Criminal Investigations West Africa/ Overseas In the course of my career in the Nigeria Police Force, I carried out several important criminal investigations for Nigeria in the United Kingdom, United States of America, Switzerland, Hong Kong, Taiwan, The Netherlands, and several West African countries.

In addition to numerous conferences in Nigeria over the years, I also attended INTERPOL General Assembly Sessions in China, Turkey, India, Korea, Greece, Hungary, Morocco, Brazil, Germany, Italy and Cameroun. I also participated in several other INTERPOL conferences/ meetings across the globe, including regional and sub-regional ones, all of which widened and deepened my knowledge not only of national and international policing but also of international relations more generally.