Kenya: Dusitd2 Has Been Feted Twice Globally for Excellent Services 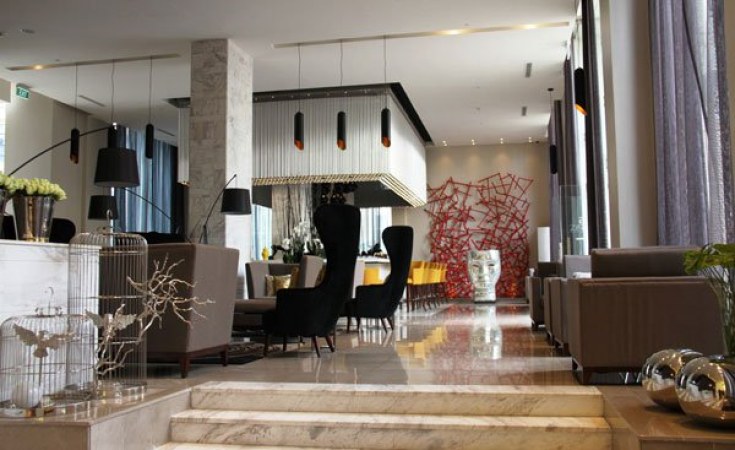 John Fox / Nation Media Group
Entrance to the lounge and bar at dusitD2 hotel in Nairobi.
The Nation (Nairobi)
By Abiud Ochieng

The annual awards ceremony, which was held in Bali, Indonesia, sought to recognise luxury hotels for their world class facilities and service excellence to guests.

It won a similar recognition at the World Luxury Hotel Awards in 2017, at a ceremony held in Switzerland.

The hotel, which achieved the five-star rating in 2016 from the Tourism Regulatory Authority, is located on a development christened 14 Riverside in the upmarket Lavington estate, Nairobi, owned by the Sanghrajka family, the proprietors of Tile & Carpet Centre.

Dusit International, listed on the Stock Exchange of Thailand, is among the global hotel chains which have set up shop in Kenya and witnessed increased demand for accommodation due to Kenya's status as the regional hub for many multinationals.

Founded in 1948, the group manages more than 25 properties across the world and has over 50 confirmed projects in the pipeline in key destinations such as Bahrain, Bangladesh, Bhutan, China, Indonesia, Kenya, Myanmar, Oman, Philippines, Qatar, Saudi Arabia, Singapore, Thailand, United Arab Emirates and Vietnam.

The company also operates the signature Devarana Spa and has a fast-growing education division.