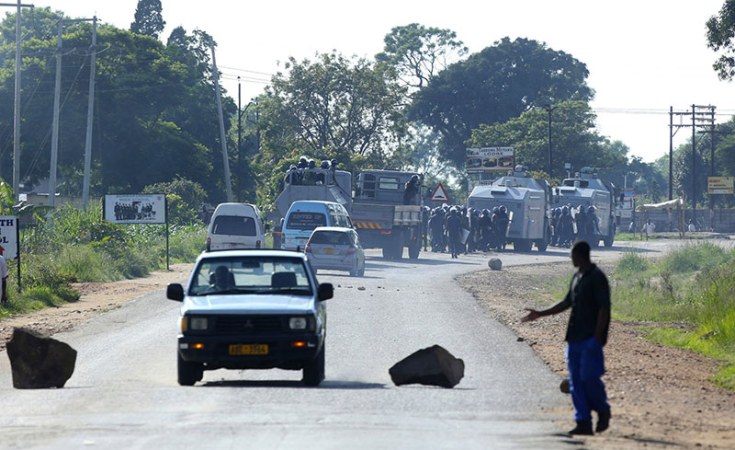 The minister described the violent protests as an act of terrorism.

The organisation expressed alarm at the "repressive measures the government has taken in response to the protests, including shutting down the internet to prevent people from supporting or organising protests.

"The police and military have also reportedly subjected people who were protesting to beatings and other forms of ill-treatment."

Mutsvangwa told a press conference that the government was aware of the terrorism activities that were targeting police stations with the intentions of stealing weapons for criminal activities around the country.

She added that the past two days have been characterized by well-coordinated criminal behaviour to destroy properties and unleash violence on innocent citizens.

"Government urges members of the public to go about their normal day to day activities without fear as their security is guaranteed and we appeal to the public to remain calm and peaceful," she told the journalists.

"The current politically instigated, barbaric acts of terrorism being perpetrated by the MDC Alliance under the guise of mass protest should stop forthwith," Moyo said.

Internet access across the country was cut Tuesday morning.

The Zimbabwe Congress of Trade Unions (ZCTU) and some civic leaders called for a three-day shutdown following the announcement of the fuel price increases on Saturday, arguing that ordinary people were being subjected to more suffering.

"Millions of Zimbabweans are terrified about the knock-on effects that the fuel increases will have on their daily lives, including for food and healthcare," Mwananyanda added.

"The Zimbabwean authorities must ensure that people are able to express their views freely and safely and must promptly investigate in an independent and impartial manner allegations of police shootings of protesters.

"The police must use force only when strictly necessary. Even then, they must exercise restraint at all times and use the lowest level of force needed. Firearms may only be used as a last resort, and when strictly unavoidable, to protect life."