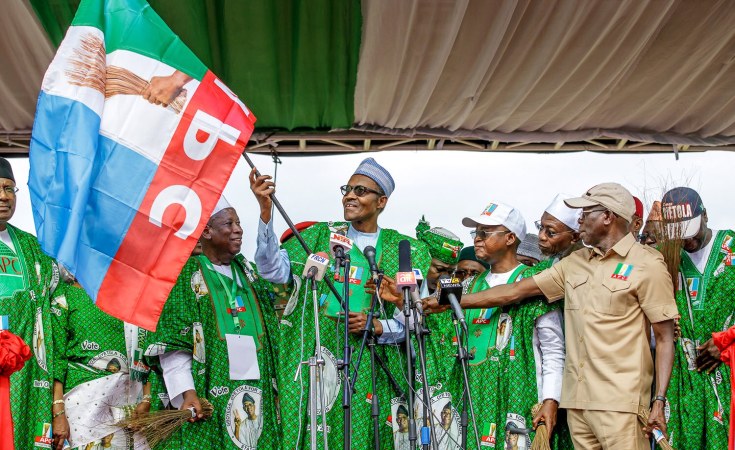 President Muhammadu Buhari has said he has the physical rigour to lead Nigeria for another four years.

The president said his recent appearances at campaign stomps are enough testament to his agility.

He spoke Wednesday night at a town hall organised by journalist Kadaria Ahmed on NTA.

Mr Buhari said he has been to Kogi and other states to campaign, during which he took questions from voters and also enumerated everything his government has done since assuming office and vision for a better Nigeria.

He appeared on the town hall event with Vice President Yemi Osinbajo.

The event is part of a series Ms Ahmed is organising for presidential candidates and their running mates for the 2019 elections.

Concerns about President Muhammadu Buhari's health have remained an issue in the campaign, even though the president has not embarked on a lengthy medical vacation in recent months.

The president spent over three months at a stretch in the United Kingdom in 2017, during which he received treatment for undisclosed ailments.

He returned from that trip in August 2017.

Before then, then president travelled for several weeks in 2016 and early 2017 to take treatment for persistent hearing complications.

Mr Buhari's health crisis has been a major campaign point for the opposition, especially the main opposition Peoples Democratic Party, which strongly holds that the president might spend more time receiving treatments oversees if elected again next month.

Former President Obasanjo Says Buhari Planning to Rig Election
Tagged:
Copyright © 2019 Premium Times. All rights reserved. Distributed by AllAfrica Global Media (allAfrica.com). To contact the copyright holder directly for corrections — or for permission to republish or make other authorized use of this material, click here.