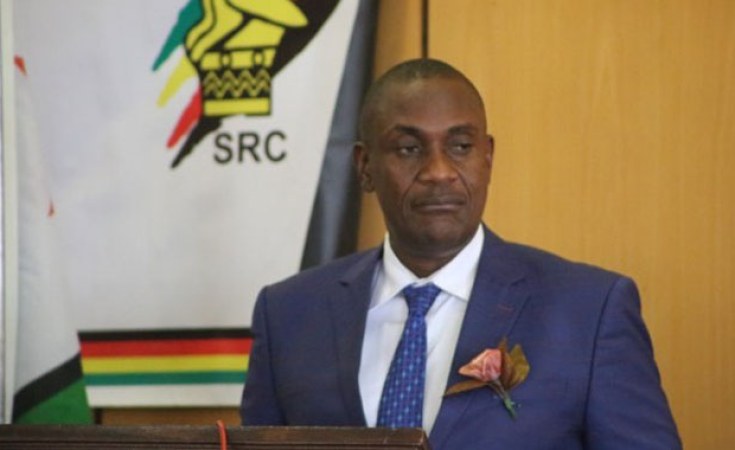 Government yesterday said MDC-Alliance and its allies who organised demonstrations that degenerated into a spree of violence, arson and looting were liable to claims by members of the public whose property was lost.

Three people, including a police officer, also lost their lives in the violent demonstrations and the Minister of State for National Security Owen Ncube said people whose property was destroyed and goods looted should quantify damages and report to the nearest police stations.

The net is closing in on perpetrators of the violence and security forces have arrested 600 people in connection with the riots, with 214 having appeared in court already.

"Government places responsibility for compensation for victims of the violence, destruction of property, injury and loss of life on the MDC-Alliance and all its associates," Minister Ncube said.

"Government wishes to advise all those who were affected that Zimbabwe law allows them to seek redress from perpetrators and organisers. We therefore urge all whose property was destroyed, goods looted to quantify the damages incurred and report to nearest police stations. This should serve as a lesson to all those who are bent on causing chaos and mayhem in the country, that your actions will not go unpunished. You are liable to pay compensation to the affected people."

MDC-Alliance leaders have in the past three months psyched their members to commit acts of violence during rallies and on social media.

The protests were held without notifying the police as required by the country's laws.

The criminals looted shops, burnt more than 30 vehicles and attacked innocent citizens going about their business.

MDC-Alliance official councillor Elvis Ruzani of Ward 42 in Harare was arrested as part of a gang that was barricading the road and wantonly stoning moving vehicles along the Harare-Domboshava Road.

Minister Ncube said looting of shops affected the ordinary person and it was sad to note some will never recover.

He commended the Zimbabwe Defence Forces and other security services for standing firm and restoring law and order under "extraordinary circumstances."

Government urged people to return to work as normalcly returned to the violent hotspots in cities.

"Our security agents are on the ground monitoring the situation to ensure that those who want to engage in their normal business do so without hindrance," he said.

"We are also appealing to all public service providers to render their services to the people of Zimbabwe and in the same vein urge transport operators to resume carrying passengers, schools to open and generally for the public to engage in their various activities freely."

Minister Ncube said those threatening others would be arrested.

"Government urges members of the public to report all unlawful activities to the police," he said.

"These are falsehoods," he said. "Government's position is that it will not pay salaries in foreign currency. We wish to thank all Zimbabweans who have remained peaceful despite provocation by unruly elements, hence our appeal for calmness."

60 More in Court for Public Violence