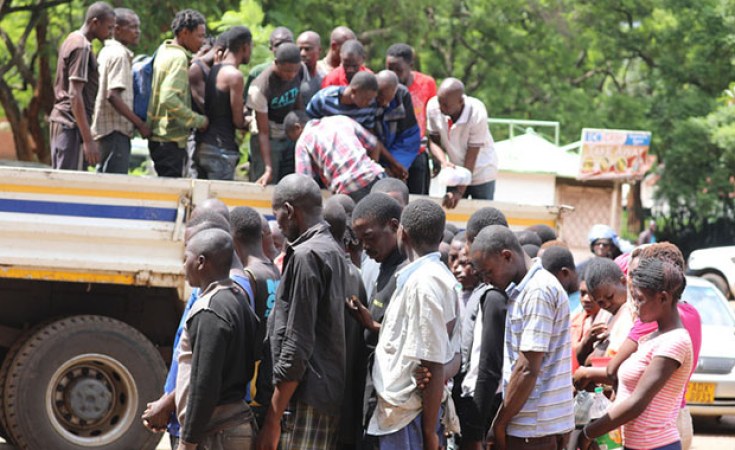 Minsk, Belarus — President Mnangagwa has concluded his three-day State Visit to Russia, describing it as very fruitful as evidenced by the number of investment deals that he and his delegation concluded.

The Head of State and Government is now in Belarus, where more business engagements await, as well as a meeting with that country's President Alexander Lukashenko.

While in Russia, President Mnangagwa met President Vladimir Putin at the Kremlin in Moscow on Tuesday.

Just before leaving Russia, President Mnangagwa told the inaugural Russia-Zimbabwe Business Forum that: "Yesterday, I held very fruitful meetings with him (President Putin) and I have no doubt that hereafter, both the economic and political co-operation between our two countries will, with greater impetus, reach new heights."

Presidents Mnangagwa and Putin sealed a raft of agreements, including a financial package to assist Zimbabwe settle and restructure its international debt, as well as fund new projects.

Several economic sectors were covered in the agreements, including mining, agriculture, infrastructure and education.

President Mnangagwa assured President Putin that the era of deals failing to see the light of day was a thing of the past, emphasising that his new administration would deliver on its side of the bargain.

The Head of State and Government and Commander-in-Chief of the Zimbabwe Defence Forces is leading a delegation of senior officials in a series of meetings across Eurasia, starting in Russia and encompassing Kazakhstan, Azerbaijan and Belarus; before heading for the World Economic Forum in Switzerland.

Zimbabwe and Belarus have enjoyed diplomatic ties since 1992 following the break-up of the Soviet Union, but it has only been in recent times -- with President Mnangagwa taking a proactive role -- that the countries have started extending these relations into the economic sphere.

As VP and now as Head of State and Government, President Mnangagwa has set about correcting that, exposing Zimbabwe to the potential benefits of accessing Belarus' sound technical knowledge of mining and agricultural equipment.

Now, Zimbabwe and Belarus have MoUs that cover mining; science, technology and innovation; trade and economic co-operation; procurement of agri-equipment and fertiliser supply.

President Mnangagwa has already secured a US$120 million export credit line for the supply of machinery and equipment for agriculture, dam construction and mining and will be hoping that talks with President Lukashenko will enhance this co-operation.

Equipment from Belarus has seen Hwange Colliery's monthly output rise from 50 000 tonnes to 250 000 and that of the Zimbabwe Mining Development Company to 40 000 carats of diamonds.

With President Mnangagwa returning to Minsk, anticipation is high that headway will be made in securing agreements that cover higher, tertiary and vocational education; establishment of Joint Committee on Trade and Economic Co-operation; extradition; and greater collaboration in agriculture.