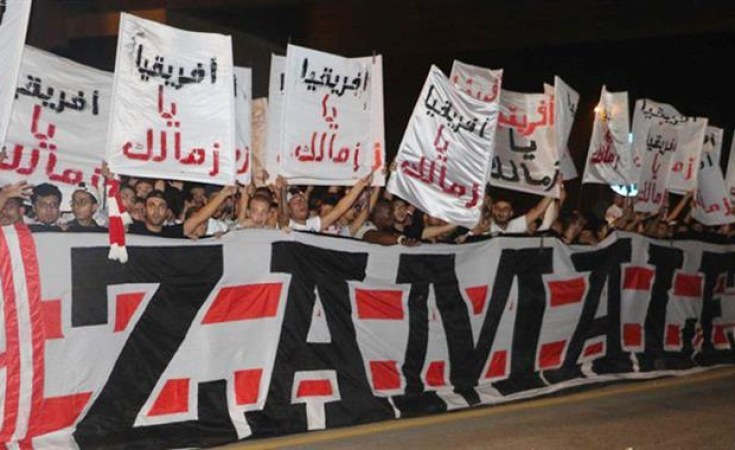 Egyptian giants, Zamalek, are eyeing a group stage birth when they entertain Moroccan side, Ittihad Tangier on Saturday at the Borg El Arab Stadium, Alexandria. A barren draw was the result last Sunday when both sides met in the northern Moroccan city of Tangier, which means the White Knights have to win to qualify to the mini league stage.

A game with rare chances last Sunday saw both sides failing to break the deadlock, with Zamalek having a goal disallowed before halftime. But the White Knights coach Christian Gross seemed satisfied with the final result.

"I can accept the result and I'm satisfied with my players' performance", Gross said after the first leg.

"We played against a strong team in front of huge supporters that never stopped cheering. It was a tough game we could have won, but I'm satisfied with the draw", added the Swiss coach.

Zamalek reached the 2nd 1/16 round by trouncing Chadian side CotonTchad 7-2 on aggregate, while Ittihad Tanger was demoted to the CAF Confederation Cup after losing 2-1 on aggregate to Algeria's JS Saoura at the 1/16th round of the CAF Champions League.

"We will do our best in Alexandria to win and reach the group stage. Our target is nothing but the trophy itself, but we have to take every game at a time", added Gross.

Zamalek currently tops the Egyptian Premier League standings, a title they last achieved in 2015. They are also aiming at a continental title which has eluded them in a while. The five- time African champions' last CAF trophy came 16 years ago, when they won the 2003 CAF Super Cup. The closest they came was in 2016, as they lost the Champions League final 3-1 on aggregate to eventual champions Mamelodi Sundowns of South Africa.

With top scorer Kabongo Kassongo (from DR Congo) having left for Saudi Arabia, Zamalek will be relying on Omar El Said to lead their attacking force in their quest for goals. The recent form of wingers Mahmoud "Kahraba" Abdel Meneim and Youssef "Obama" Ibrahim will give the White Knights a cause to relieve.

The aggregate winner will join Tunisia's Etoile du Sahel and 14 other sides in the CAF Confederation Cup group stage draw, scheduled on 21 January 2019 in Cairo, Egypt.