South Africa: 'We Are Reeling Under the Dictatorship of Mnangagwa' - Zimbabwean Protesters in Cape Town 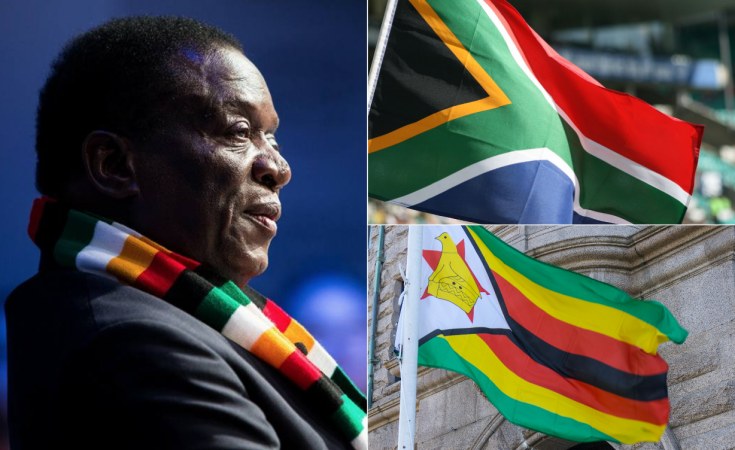 Protesting Zimbabweans in Cape Town want the consulate in the city's CBD to remain closed until the crisis in their country is resolved.

The demonstrators gathered at the consulate on Thursday, calling for an end to the violence in their country, which was sparked by Zimbabwean President Emmerson Mnangagwa's announcement of a record fuel and diesel hike last week.

At least five people have been killed and dozens injured since protests started on Monday.

"We are a country reeling under the dictatorship of Mnangagwa," said Tinashe Chifamba, Movement for Democratic Change (MDC) youth organiser.

Mnangagwa is currently on a trip to Russia to secure foreign investment for the country. In a statement released via social media, he called for calm and peace in Zimbabwe.

Mnangagwa is also set to attend the World Economic Forum in Davos, Switzerland, next week.

Chifamba said Mnangagwa's assertion that he was looking to secure foreign investment for the country was a lie.

"He [Mnangagwa] tells investors that we [Zimbabwe] are open for business. But what business is he talking about when he increases fuel and diesel by 150%? It has a knock-on effect on industry and business and salaries of the few that are still employed.

"We have an economy that does not have consumers. Economic growth is in the negative. The GDP has gone down."

The group was supported by the Socialist Revolutionary Workers Party (SRWP), who pledged their solidarity.

"We are aware of the struggles of the people of Zimbabwe," said Ashley Fataar of the SRWP. "We cannot say, because it is happening across the border, it does not concern us. It does."

Meanwhile, more than 600 people have been arrested in Zimbabwe.

Should Ramaphosa Be Tough On Mnangagwa?
Tagged:
Copyright © 2019 News24Wire. All rights reserved. Distributed by AllAfrica Global Media (allAfrica.com). To contact the copyright holder directly for corrections — or for permission to republish or make other authorized use of this material, click here.