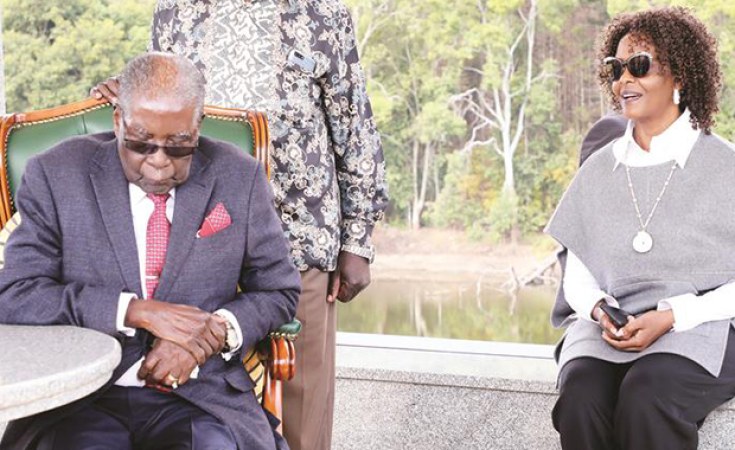 The taxpayer continues to foot former president Robert Mugabe's medical bills, as it emerged President Emmerson Mnangagwa's government gave the deposed strongman US$4 million to cover his hospital expenses, as well as the costs of his two-month stay in Singapore late last year.

Mugabe, who turns 95 next month, was often criticised by ordinary Zimbabweans for frequently making expensive trips to the rich city-state in South-East Asia at the expense of the taxpayer when he was still the head of state.

Now wheelchair-bound, Mugabe -- removed from power in a military coup in November 2017 -- continues to enjoy the state-funded medical trips at the benevolence of his former long-serving lieutenant.

This comes at a time the country is reeling from a multi-faceted economic crisis which has stoked social unrest.

Senior government officials told the Zimbabwe Independent this week that government footed Mugabe's medical expenses to the tune of US$4 million towards the end of 2018. The money, sources said, was paid through the Reserve Bank of Zimbabwe (RBZ), which maintains it does not have adequate foreign currency to fund critical sectors of the economy which are currently on the brink of collapse.

Well-placed sources said Mugabe was first paid US$1 million upon his departure for Singapore in October but later contacted government from the South-East Asian nation complaining that the money was inadequate and requesting a further US$3 million in November.

The requested balance was paid promptly, according to the sources. The transactions were authorised by RBZ governor John Mangudya.

"The governor sent a memo to the Finance ministry perm sec George Guvamatanga stating that there was a request by former "president Robert Mugabe for an additional US$3 million, while he was in Singapore. This was after Mugabe initially received US$1 million from government for his medical bills, which he then said was not enough," a senior government official said.

Mangundya's memorandum reportedly did not impress Finance ministry permanent secretary Guvamatanga, although he could do nothing to stop the payment, which Mangudya had already effected.

Efforts to obtain the memorandum were fruitless as government is keeping a tight lid on the document.

Mangudya declined to comment on the matter this week.

"I don't deal with such information. I am not privy to that information and, therefore, I cannot comment," he said.

However, despite his denial, sources maintained that he, indeed, authorised the transaction.

"I know that Mugabe was given US$4 million for that trip. I am not sure if he was given US$3 million first and then the million, or the other way round. But that Singapore trip cost government US$4 million, which was indeed paid through the RBZ," another source said.

At a rally in Mugabe's rural home in Zvimba, Mashonaland West province, in November last year, Mnangagwa announced that Mugabe had fallen critically ill and was unable to walk.

Mnangagwa told Zanu PF supporters at the rally that he was maintaining constant contact with his political mentor, whom he helped overthrow in a military coup in 2017.

Contacted for comment, Information ministry permanent secretary Nick Mangwana said he was not aware of any payment to Mugabe.

"I don't know that at all, that is a ridiculous figure for medication and you are trying to impose it to me, asking me to justify it," Mangwana said, adding he would make inquires with his government counterparts to confirm the developments.

However, he later told the Independent to pursue the matter with Finance, as he had not been able to get hold of the team, which said was in Europe with Mnangagwa.

The President last year courted the ire of taxpayers after his administration chartered an expensive private jet for Mugabe's wife, Grace, to facilitate her urgent return from her own medical treatment in Singapore to enable her to attend her mother's funeral. The charter cost over US$1 million.

This also comes as the state media last week reported that Mugabe lost US$150 000 which was stashed in a briefcase at his Zvimba home to his domestic workers.

Mugabe's health and the money it consumes from the public purse has been a controversial issue since his days as president.

He was criticised for spending more time outside the country, either seeking medical treatment or on official visits. His successor, Mnangagwa, who is currently on a five-nation tour after hiring a US$74 000-per-hour jet, has fallen into the same trap, it seems.

Mugabe's entire family has put trust in the Singaporean doctors and medical facilities to give them premium healthcare and have no confidence at all in local medical facilities, which were run down over decades of his misrule.

Mugabe Has Been in Hospital Since April But is Recovering - Mnangagwa 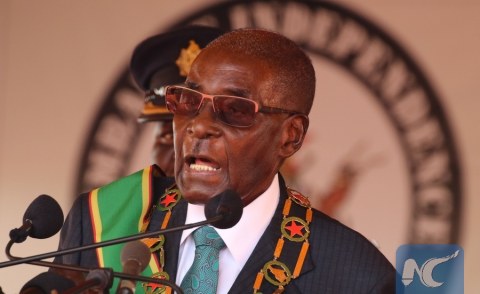 Don't Bury Me at Heroes Acre - Mugabe
Tagged:
Copyright © 2019 Zimbabwe Independent. All rights reserved. Distributed by AllAfrica Global Media (allAfrica.com). To contact the copyright holder directly for corrections — or for permission to republish or make other authorized use of this material, click here.