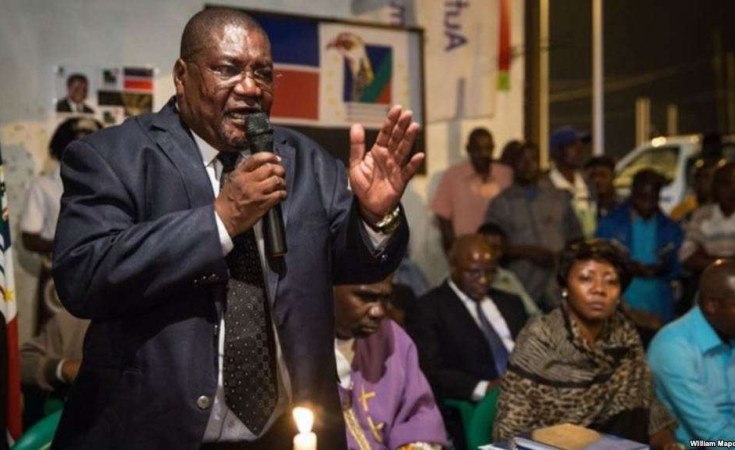 Maputo — The newly elected President of Mozambique's main opposition party, the former rebel movement Renamo, Ossufo Momade, declared on Thursday that Renamo is committed to peace and will lay down its weapons in order to join the national development agenda.

In his first speech as President of Renamo, Momade told the delegates and guests to the Renamo Congress in the central district of Gorongosa "We don't want war. Our late leader Afonso Dhlakama taught us that war only holds back development. We are in favour of peace, and we want a country where people move around and work freely".

He claimed that Dhlakama, who died of diabetes last May, had always wanted to solve problems through dialogue. "We have to honour this commitment", said Momade. "We are promising the country and the world that we shall continue the dialogue with the government, and we shall not remove a comma from what was left by our late leader".

"The lesson in our heads is that nobody should pick up arms again to wage war against our adversary", he continued. "The only way we have found which is effective for Mozambicans is to bank on dialogue. War only brings poverty".

But that did not mean that Momade was about to leave Renamo's military headquarters in the Gorongosa bush and return to Maputo or any other large city. He said he could only leave the bush if the dialogue with the government produces encouraging results which can lead the country to effective peace.

"We weren't made to live forever in the bush", said Momade. "Everything depends on the results we have to achieve with the government. When there is understanding between the parties, certainly we shall unite and work. Our main objective is to win the elections next October and to govern the country as from 2020".

That victory, Momade warned, could only be achieved if Renamo members were united and committed to working together, without looking at the differences they may have with each other,

He said he was counting on the assistance of all Renamo members "in this difficult task of serving the party and serving Mozambicans. Without you, I cannot advance on my own. I need your support and I am relying on contributions from all of you".

The Congress was a triumph for Momade, who was elected President with 410 votes (61 per cent). The runner-up, Elias Dhlakama, younger brother of Afonso, received 238 votes.

Momade's immediate task is to resume discussions with President Filipe Nyusi in order to ensure the disarming and demobilisation of the Renamo militia and the integration of its members into the armed forces and police, or back into civilian life.