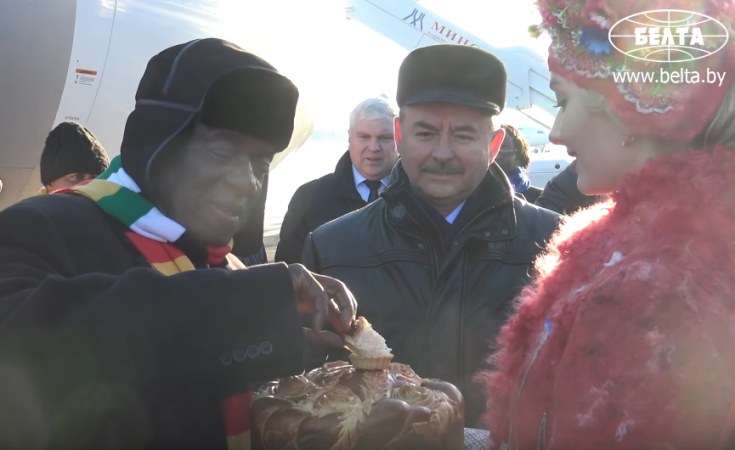 Manyika, who contested the July 30 presidential election, said in a letter penned to the Zimbabwean leader that the latter was best placed to stop the slide to complete national implosion.

Mnangagwa flew out of the country recently on a five nation EURASIA tour ostensibly to market his "Zimbabwe is open for business" mantra.

Before his departure, he more than doubled fuel pump prices, triggering wild protests from among poor locals who felt their leaders were unnecessarily overburdening them with financial liabilities.

The countrywide protests coincided with three days of a national job stay-away called by the Zimbabwe Congress of Trade Unions and other non-governmental forces.

Three people who include a police officer are reported to have died during angry clashes between protesters and the country's armed forces although local NGOs feel government was understating the death toll which they claim reached a dozen.

Vice President Constantino Chiwenga, the country's immediate former military commander, was left in charge with claims of his fingerprints in the heavy handed response to civil unrest by the military.

But Manyika felt Mnangagwa's hands-on approach to the crisis could help ease tensions and restore the country back to normalcy.

"Your immediate return and the immediate withdrawal of the military from the streets to the barracks will give the nation and the international community much needed assurance that you, and not the military, are running this country," he said.

He further condemned the Zimbabwean strongman's apparent failure to deal with high level corruption among his cronies.

Manyika urged the immediate release of the more than 600 protesters, politicians and civic leaders seized and linked to the violent disturbances by security forces.

Previous Story
What Now After a 2nd Internet Shutdown, and Treason Charges for Activists?
Next Story
Revolt and Repression in Zimbabwe

What Now After a 2nd Internet Shutdown, and Treason Charges for Activists?

Revolt and Repression in Zimbabwe