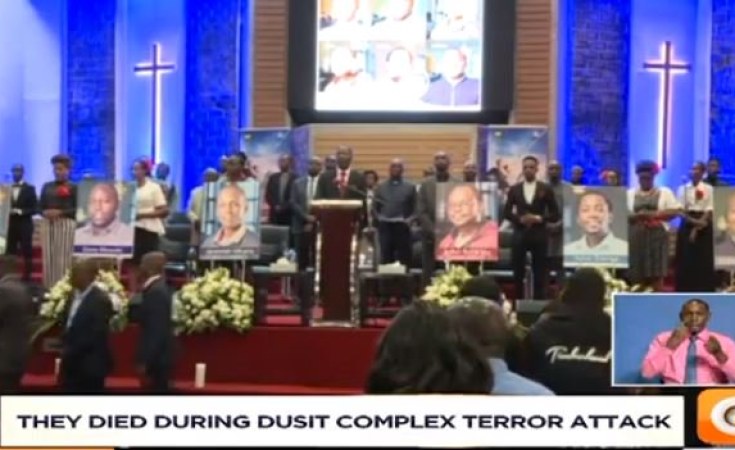 Nairobi — Of the 21 people killed in the Tuesday terror attack at Riverside Complex, six were senior managers at Cellulant.

This makes it the firm at the complex that suffered the largest number of fatalities from the deadly attack that was staged by four heavily armed terrorists and a suicide bomber who blew himself up on arrival.

The management of Cellulant, an online payment provider in the region, has released identities and detailed profiles of its staff who died in the attack. Dusit hotel lost 4.

They include a product developer, an information security expert, a manager, a quality assurance officer, a software engineer, and an implementation engineer.

Ashford Kuria headed the Product Development Department, with Cellulant management saying "His knowledge of everything about everything was hilarious because he spent much of his time quietly working on his projects."

Dennis Mwaniki, who worked as the Head of Information Security, was mourned as a "very humble man." Mwaniki is a former president of the Rotaract Club of Nairobi.

"Mwaniki's intelligence in matters cyber security is said to have won the company he worked for a much coveted certification from the International Organization for Standardization (ISO)," Cellulant, founded in 2004, said in a brief tribute note shared online.

"His intellect and quick thinking, got Cellulant our ISO27001 information security certification," the company co-founded by Ken Njoroge and Bolaji Akinboro said of him.

Head of Cellulant's hub - Jeremiah Mbaria - was described as a brother and a mentor, "he was not just a leader," a tribute message read.

"He guided his team with humility and corrected with humor. He loved God and everyone he came across and challenged his team to work on bettering themselves."

John Ndiritu worked as a Quality Assurance Tester. One of Cellulant's clients he worked for was Ecobank, a leading regional banking group in West Africa which also has outlets in Kenya.

"He was passionate about service improvement and worked on all the projects. John was best known for humor," Cellulant remembered him.

The attack staged by five al-Shabab-linked terrorists also claimed the life of Kelvin Gitonga, an engineer Cellulant described as "passionate about his job and everything Java Script."

"Kelvin will be remembered as an intelligent and a competent engineer who worked in the Hub Implementation Department as a Hub Developer," the company said in a tribute it released ahead of a memorial service in remembrance of its staffers at the Christ is the Answer Ministry (CITAM) on Valley Road on Tuesday next week.

The sixth staff member killed in the attack was also an engineer. Wilfred Kareithi worked as the Implementation Engineer and leader of Cellulant's Global Delivery Team.

He was remembered as an energetic person who epitomized the firm's motto: make it possible.

"Wilfred was always happy and an individual who never shied away from any difficulties," Cellulant remembered in the tribute note.

The company's Chief Executive Officer and co-founder Ken Njoroge told Capital FM News on Saturday the management was focused on offering any support it could to the families of the six staff members who died in the 14 Riverside Drive attack.

Njoroge refrained from making further comments saying detailed tributes will be read Tuesday next week during a memorial service at Nairobi's CITAM Valley Road at 10.30 am.

Dusit Hotel to Hold Memorial for 6 Employees On Wednesday

Police Trace Nairobi Hotel Attack Suspects to Dadaab Camp
Tagged:
Copyright © 2019 Capital FM. All rights reserved. Distributed by AllAfrica Global Media (allAfrica.com). To contact the copyright holder directly for corrections — or for permission to republish or make other authorized use of this material, click here.