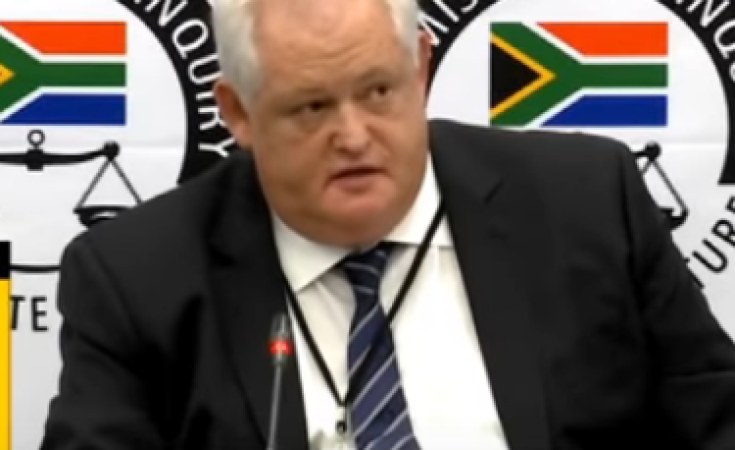 While the ANC continues to pledge support for the commission of inquiry into state capture, it says it will not comment on some of its leaders expected to be implicated this week.

News24 reported earlier that South Africans can expect more damning revelations from former Bosasa COO Angelo Agrizzi when he continues with his testimony at the commission of inquiry, headed by Deputy Chief Justice Raymond Zondo on Monday.

This is in relation the company, now known as African Global Operation's relationships with former president Jacob Zuma and some of his allies, these include minister Nomvula Mokonyane, former SAA board chairperson Dudu Myeni and suspended crime boss Nomgcobo Jiba.

Bosasa is said to have paid Zuma's foundation R300 000 a month in exchange for his influence and to make sure political leaders would give the company government contracts, while Mokonyane is alleged to have received gifts including lavish Christmas parties sponsored by Bosasa.

"No testimony presented speaks to individuals on the front of papers today, we don't have that list. Commission has not [been] presented with that testimony," acting ANC spokesperson Zizi Kodwa said, referring to a list of 80 people who were believed to have benefited from Bosasa's unlawful payments.

While he squashed the idea of parallel processes he said the ANC would still support the commission as it also made the ANC realise the wrongs that had been taking place under its watch.

"Regardless of how many names of ANC senior politicians or leaders appear before the commission as (some) have appeared before, it does not mean they appear on behalf of the ANC," said Kodwa.

He denied claims that he had been one of the party's members said to be on Bosasa's payroll.

Both Kodwa and Dakota Lekgoete, the other acting ANC spokesperson, distanced the ANC from Agrizzi's claims that an MEC from the North West had asked for money to use for the party's elections.

"Whoever is mentioned would not have acted on behalf of the ANC, they individually must voluntarily go to the commission whether they agree, decline or deny... they must do so, the ANC would not do that on their behalf," said Kodwa.

Lekgoete, who was the ANC provincial secretary in the North West until December 2017 said he had no knowledge of such an incident.

"A secretary is a chief political administrator responsible for implementing decisions, resolutions and policy positions of the ANC," he said to journalists, explaining what his role was in the province.

"Secretary doesn't deal with assets, donations, income or revenue the organisations deal with," he continued.

He said the North West's provincial task team might be able to shed more light on the issue, adding that if indeed it was a donation, there was probably nothing wrong with the exchange.

"If it is a donation there can't be anything wrong, with a donation, which is donated by a private business to a political party because we don't have a law that denies parties from receiving donations from private entablements unless there is something improper or unethical," said Lekgoete.