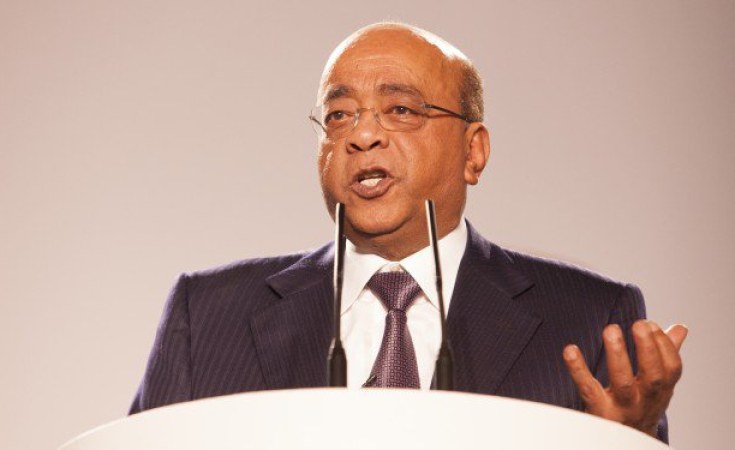 Since mid-December, Sudanese youth have taken to the streets to protest failed policies, repression, government-sanctioned torture, ongoing conflict and a deteriorating economy that has left many unsure of their next meal.

“People are hungry, and they see the looting of the country’s resources by the ruling clique,” Ibrahim told VOA by phone Friday. “Just, people had enough.”

After violent crackdowns across the country, which human rights groups say have left more than 40 people dead, protesters’ demands have expanded, Elzobier added.

Now, they want the country’s leadership to step aside.

“People just eat bread because you cannot afford anything else,” Ibrahim said. “When they are pushed against the wall, they just have nothing to lose.”

Ibriham decried a culture of impunity that has, so far, shielded Bashir and the ruling party, the National Congress Party. Politicians openly flaunt their power, Ibrahim said, while the country’s 40 million people can only watch.

“If 70 percent of the budget is allocated to the president, at his whims, to spend on the militias, the armies, the security forces — what is left? Thirty percent to support education, health, agriculture, road infrastructure, clean water?” Ibrahim said. “This is not a way to run a country.”

Ibrahim said protesters face “a huge array of armed forces” in the capital, Khartoum, and across the country.

“The people of Sudan were courageously going out in the street everywhere — in every single town and city and village in Sudan, demonstrating and asking those guys to go,” he said.

But security forces have abused their power, Elzobier added, putting protesters at risk.

“We received many reports from different activists and human rights defenders that the Sudanese security forces use lethal force — live ammunition — against protesters,” Elzobier said.

With protesters showing no signs of relenting, the government has made a point to acknowledge their concerns.

Bashir has called the youth “the future of Sudan” and said he respects their right to protest “in search of better conditions,” promising to make their “just demands” a reality, Al Arabiya, a Dubai-based, Saudi-owned news organization reported Sunday.

But the government has shown two sides, according to Amnesty.

Despite their gestures of appeasement, the ruling party also wants to protect the government and its grip on power. To do that, Elzobier said, they’ve enlisted the help of “shadowy groups” — heavily armed militias that travel in unmarked pickup trucks wearing masks.

The country’s former vice president has said this armed militia “will protect the regime at any cost,” Elzobier added.

As the protesters press on, Amnesty has called for the immediate cease of lethal force, the unconditional release of peaceful protesters and an investigation into those who have committed crimes against civilians.

But Ibrahim said the Sudanese people need help outside the country to find justice.

“It just cannot go on unpunished, and we look for the international community to really stand up and say ‘enough is enough’,” Ibrahim said.

That could involve imposing sanctions on officials involved in the killing of protesters and more media coverage of the protests and the violence unfolding.

In 2017, the United States lifted long-standing sanctions against Sudan following months of diplomacy in a bid to boost the economy.

Ibrahim expressed doubt, however, that pursuing charges against Bashir in the International Criminal Court was the best course of action, suggesting instead that abandoning that route could entice Bashir to prevent further violence and deaths.

Despite unrest in his home country, Ibrahim sees reasons for optimism in governance across Africa.

“There is a lot of positive things happening,” he said. “In Angola, in Botswana, in Namibia, in Ghana — I would hope in Nigeria.”

Each of these countries has, in the past five years, held successful elections or seen the peaceful transfer of power. Nigerians will head to the polls again in February.

“The battle now is moving towards peaceful elections, more transparency. I am optimistic, and I think we are moving forward — unfortunately not in my country.”

Ibrahim’s foundation, established in 2006, seeks to promote good leadership and governance in Africa through an annual index of governance, a cash prize for noteworthy achievements in leadership and other initiatives.

Former Bashir Adviser is the Face of Protests

U.S. Cautions Sudan Against Crackdown
Tagged:
Copyright © 2019 Voice of America. All rights reserved. Distributed by AllAfrica Global Media (allAfrica.com). To contact the copyright holder directly for corrections — or for permission to republish or make other authorized use of this material, click here.