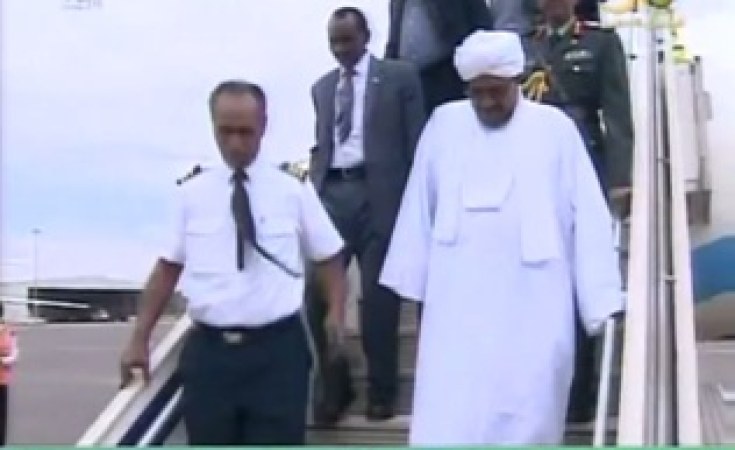 Those arrested include protesters, journalists, doctors, lawyers, and opposition party leaders. On January 7, 2019, the interior minister said that at least 816 people had been arrested during the protests across the country. The number is most likely far greater since many people have also been detained for short periods and released. Many of those arrested remain in incommunicado detention, without access to family or lawyer visits.

"The number of arbitrary arrests related to the recent protests is huge, and the government seems intent on pursuing more arrests, repression, and other abuses as long as the protests continue," said Mossaad Mohammed Ali, executive director of the African Centre for Justice and Peace Studies (ACJPS).

The other three organizations are Human Rights Watch, the International Refugee Rights Initiative, and the Al-Khatim Adlan Centre for Enlightenment and Human Development.

On January 8, National Security and Intelligence Service (NISS) officials arrested Salih Mahmoud Osman, a prominent human rights activist and Communist party member, at his law offices. NISS confirmed two days later that he was in custody, and his family has been told that no visits will be allowed for two weeks.

"We are worried about his health and even his life because he is suffering from hypertension and diabetes," his family said in a statement. "We call on the international community to advocate for his immediate release."

NISS officers have also detained hospital patients. On January 5, a group of 12 security force members arrested Yasser Ali Elsir, 57, at his home where he was recuperating after being shot in the chest by a sniper on December 25. Elsir spent nine days in a hospital. Family members said in a statement the security forces are detaining him in an unknown location and will not allow him to travel although he requires further surgery outside the country.

Doctors' associations reported additional detentions of doctors and violence against medical professionals and patients, especially on January 9 during protests in Omdurman. On January 11, Dr. Alfatih Omer Elsid, the manager of Tuga private hospital, was arrested while on his way to the mosque in Khartoum. He was arrested, the Sudan Doctors Syndicate said, after he announced that his hospital will provide free medical services to injured protesters. On January 13, Dr. Hiba Omer Ibrahim, a surgeon and mother of five, was arrested and held by NISS in an unknown location.

Dr. Alaa Nugdallah, the head of the Sudanese Surgeons' Association, was arrested on January 14 at his office in Khartoum. The association issued a statement on January 13 warning of a nationwide strike if detained doctors were not released in 24 hours.

In addition, the NISS is detaining more than 40 Darfuri students whom they have accused publicly of being part of a "sabotage cell," news reported. Under the 2010 national security laws, the NISS may detain people for up to four and a half months without judicial review. The abuse of detainees in NISS custody, including torture, is well documented and all detainees in the agency's custody are at risk of such ill-treatment.

Authorities should make known the names and whereabouts of all detainees and either charge them with an internationally recognized criminal offense, upholding due process protections, or release them at once, the organizations said.

Children and Doctors Caught Up in 'Unbridled Killing Spree'

U.S. Cautions Sudan Against Crackdown
Tagged:
Copyright © 2019 Human Rights Watch. All rights reserved. Distributed by AllAfrica Global Media (allAfrica.com). To contact the copyright holder directly for corrections — or for permission to republish or make other authorized use of this material, click here.