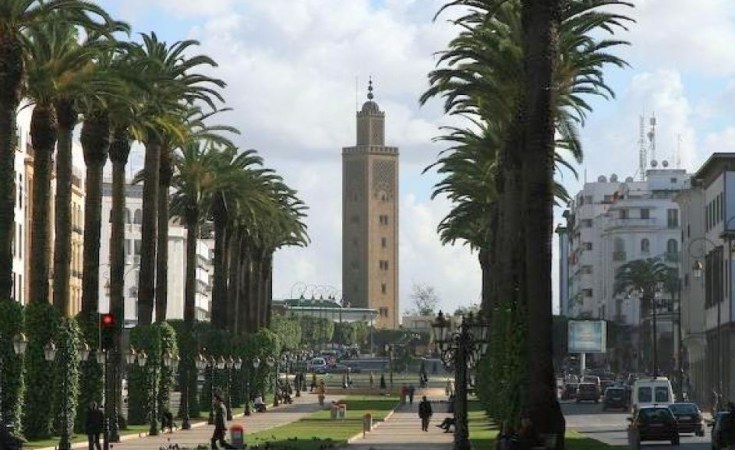 Unrest in many regions of Morocco during 2018 and the ongoing strikes in 2019, called by the labor unions and joined by Moroccans of all classes, are emblematic of the contradictions at the core of the country's uneven development. Among issues raised by the unions are the need to restart the country's national social dialogue, the government's alleged failure to exercise sufficient efforts to address unemployment and labor rights, and the growing disparity between classes.

A recent labor market report, featured in Morocco World News, identifies major problems that have not been effectively addressed by the government. The lede was, "The Moroccan economy is still suffering from chronic lack of employment prospects, defying the government's repeated promises to increase employment," which highlighted the low level of progress in meeting employment targets. Its assessment was based on an article in the economic news outlet Les Inspirations Eco,which noted that even in urban areas, where employment is highest, the overall unemployment rate is 14%, 27.5% for youth without a university degree and 17.1% for university graduates.

Instead of reaching its goal of 200,000+ new jobs a year, the economy only produced 122,000 in 2017. Unfortunately, to some labor experts, the government's job-creation efforts are misdirected in that it is relying on boosting public employment to meet its goals rather than building better partnerships with the private sector to create sustainable employment.

While there are a number of conditions that affect the current lack of dynamic employment growth, key constraints in 2018 included a weak jobs picture and the boycott of consumer goods produced by several of the country's leading companies. As an article in The Arab Weekly noted, "The feeling of social inequality among Moroccans was backed by figures released by the government. The National Survey of Household Consumption and Expenditure said large disparities between layers of society persist. The top 10% of the richest spend about 12 times more than 10% of the poorest while the standard of living of 5% of the richest is 20 times that of 5% of the most disadvantaged."

In a widely reported address last year, Ahmed Lahlimi Alami, high commissioner for planning, called for acceleration and adaptation of structural reforms. "Economic growth remains rather weak, still subject to rainfall risks with a low technology and export capacity offer, little job creation and little contribution to the reduction of social and territorial inequalities," he said. King Mohammed VI added his criticism as well, shuffling several ministers and firing officials responsible for the lack of progress on projects in different regions of the country.

Another area of concern is the increase in Morocco's public debt, which impacts public funds available for capital investments in infrastructure and other tools of economic growth. According to Trading Economics, Morocco held more than $50 billion in external debt in mid-2018, with the treasury's total debt representing 67.3% of the 2017 GDP as reported in Morocco World News. The national debt was expected to increase by the end of 2018 as the trade deficit and government expenditures continue to rise. Driss Jettou, President of the Court of Auditors, called on the government "to raise taxes and cut spending, to accelerate growth to reduce debt, and to ensure that Morocco can meet its debt obligations over the medium and long-term."

Foreign direct investment (FDI) rose again in 2018, to close to $3.5 billion vs. $2.4 billion in the previous year, "The increased FDI flows helped offset Morocco's worsening trade deficit, which increased 7.7% during the same period. The widening deficit was due to a larger increase of imports ($45.8 billion) over exports ($26.2 billion) although the rate of export growth (up 9.7%) was higher than that of imports (up 8.8%). Other main factors behind the worsening deficit are declining tourism revenues, which dropped 1.8% to $5.2 billion and remittances from Moroccan expatriates, which declined 1.7% to $6.2 billion," detailed The Arab Weekly.

In contrast to these discouraging statistics, Morocco continues to receive positive news in external quarters. For example, Abdellatif Jouahri was named "Central Banker of the Year in Africa" by The Banker magazine based in the UK, which celebrates "officials that have best managed to stimulate growth and stabilize their economy," noting his strong monetary policies that helped shape Morocco's economic growth.

Forbes has ranked Morocco as the 62nd "Best Country for Business" for 2019, a drop from 55thin 2017 among 153 countries. Morocco was cited for its "proximity to Europe and relatively low labor costs" and that it is working "towards building a diverse, open market-oriented economy," and the magazine highlighted agriculture, tourism, aerospace, automotive, and phosphates as key growth sectors. "Morocco has increased investment in its port, transportation, and industrial infrastructure to position itself as a center and broker for business throughout Africa." Regionally, Tunisia ranked 82nd and Algeria 114th.

Whether or not the country can weather the current protests through some combination of security measures and short-term remedies, Morocco is running out of options for taking steps that will change the basic contours of the economy so that it is freed to generate jobs and revenue from an empowered private sector. Morocco shares these deficiencies with other African and Arab countries, so the challenges are not novel and the lack of political will to undertake needed reforms is similarly common.

Tagged:
Copyright © 2019 Moroccan American Center for Policy. All rights reserved. Distributed by AllAfrica Global Media (allAfrica.com). To contact the copyright holder directly for corrections — or for permission to republish or make other authorized use of this material, click here.

All Cargo to Uganda, Rwanda and S.Sudan to be Switched to Rail
Company