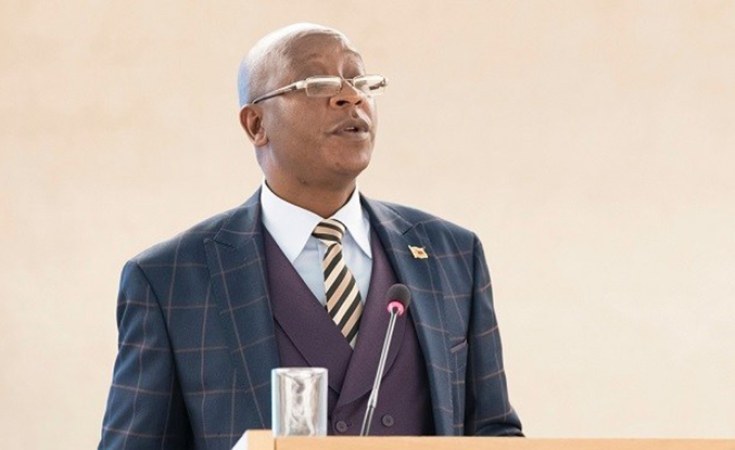 Several top government officials who have defended a government freeze on the cyberspace were found scrambling to join ordinary Zimbabweans who had signed up to alternative internet and social media platforms to escape the widely condemned shutdown.

Authorities last week moved to jam the internet and popular online platforms such as Twitter, Facebook, WhatsApp and LinkedIn to stop the circulation of protest messages among agitated Zimbabweans.

This followed angry protests by locals over a government decision to hike prices of fuel by more than double.

As the restrain persisted, several government and top Zanu PF officials were found migrating to other social media platforms such as Telegram in signs they could not keep out of communication with loved ones.

Among them was Justice Minister, Ziyambi Ziyambi who appeared on television together with Information Minister Monica Mutsvangwa last week reading the riot act on protestors.

Among those who joined him on the platform were his permanent Virginia Mabhiza, information secretary Sam Kundishora, acting prosecutor general Kumbirai Hodzi together with Zanu PF MPs Phillip Chiyangwa and Kindness Paradza.

The misery of Zimbabweans and some of their rulers was ended by a High Court ruling Monday afternoon declaring the internet blockade as illegal.

But the courts ruled that the minister did not have the authority under the country's laws to issue directives to shut down the internet or any social media platforms.

Social media was immediately restored soon after the ruling which came after the Zimbabwe Lawyers for Human Rights had filed a court challenge arguing that the rights of locals were being violated by the shutdown.

Zimbabwe's State-Owned Bus Service Back - But Is It Sustainable?
Tagged:
Copyright © 2019 New Zimbabwe. All rights reserved. Distributed by AllAfrica Global Media (allAfrica.com). To contact the copyright holder directly for corrections — or for permission to republish or make other authorized use of this material, click here.