Kenya's Security Forces Did Better This Time. but There Are Still Gaps 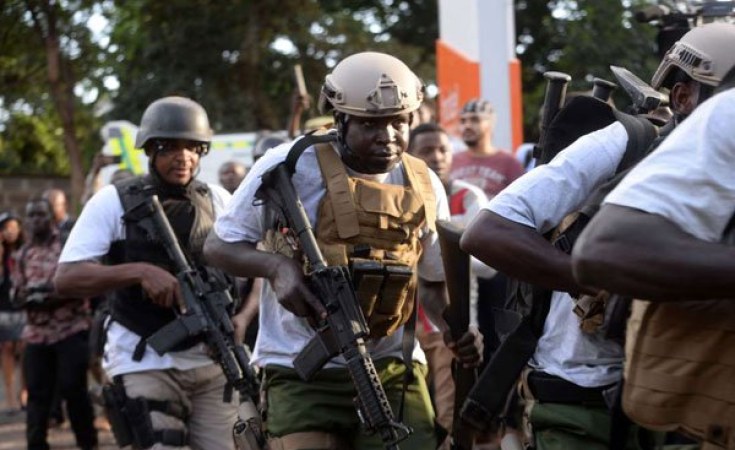 The Riverside terror attack on January, 15, 2019 was staged to reclaim the ground that terrorists have lost in Kenya's geo-political territory.

But this time the attack had fewer casualties compared to other ones. This was despite the fact that the Dusit D2 complex hosts a great number of offices as well as business outlets, including the luxurious Dusit D2 hotel.

The attack could have gone down as one of the worst in modern African history were it not for the fact that Kenya's security apparatus sprung into action with amazing speed. And despite word going around that terrorists had struck again, people in the area didn't panic as was the case in previous attacks. I know this as I was at the University of Nairobi's Chiromo campus which is just blocks away from the complex where the attack occurred.

This latest attack came on the same date as the El Adde attack on the Kenya Defence Forces in Somalia in 2016, and five years after the Westgate Mall attack.

Because Kenya has become a frequent target of terror the government has taken steps to prevent and contain the attack.

Since the Westgate attack in 2013, Kenya has put in place stringent measures to counter terrorism. This has included state of the art surveillance equipment and the establishment of the National Counter Terrorism Centre.

The centre has overseen the adoption and implementation of both hard and soft power policies to protect Kenyans from external attacks. Today, Kenya has an anti-terrorism police unit specifically charged with detection and neutralisation of terror threats. Authorities also run programmes to counter violent extremism including deradicalisation and rehabilitation projects for potential and repented terrorists.

As a result, Kenyans are much more informed about what to do in the event of a terror attack. This was seen in the recent attack where it was possible for the rescue operation to save more civilians compared to the Westgate fiasco.

The Riverside operation was also hugely successful due to the swift and precise security response and proper inter-agency cooperation. The security operation went smoothly with officers helping to evacuate majority of the people.

First responders were on hand to support the security apparatus with ambulances, evacuation assists, personnel and medical staff on standby. The coordination between the various response agencies was well done when compared to previous attacks. For example, in the Westgate attack there was a marked failure in coordination especially among the security forces who didn't have central line of command.

After the Westgate attack attempts were made to enhance real-time coordination between the National Police Service, the National Intelligence Service, Kenya Defence Forces (KDF), and other security organs. As a result, during the Riverside attack security officers from the Special Forces of the Kenyan Defence Force, the General Service Unit's Recce Squad, and investigators from the Directorate of Criminal Investigations worked together under one commandant.

After the Westgate attack Kenyan authorities realised they needed to improve intelligence if they were to become more effective in the fight against terrorism. A number of new policies were put in place. Community policing was beefed up, intelligence collection approaches were rethought and surveillance systems were upgraded.

Despite these advances, there are suggestions that security operatives didn't act on terror intelligence in subsequent attacks.

For instance, it has been reported that Kenya's security agencies failed to heed warnings of an impending attack in the weeks before the Dusit D2 complex was hit. In the end, Kenyan security launched a reactionary response rather than intelligence-led preemptive action.

Security agencies also ignored the warning of a terrorist attack 19 days before the Westgate attack. A general warning was issued on impending terror attacks on malls. It was not acted on.

Clearly Kenya's security apparatus needs to work on this as the country assesses the Riverside attack. This is particularly urgent given that the terror threat to Kenya and the East African region could be getting worse. For example, there is now an active ISIS cell spreading from Somalia through Kenya to other East Africa states. This new development has been triggered by the international pressure on ISIS in Iraq and Syria.

ISIS is committed to establishing an Islamic caliphate. This gives it a stronger ideological foundation than al-Shabaab whose main grievances seems to emanate from Kenya's 2011 incursion into Somalia. The group has also claimed that this latest attack was in retaliation against US President Donald Trump's declaration of Jerusalem as the capital of Israel.

Kenya has made remarkable efforts to put into practice lessons learnt since the Westgate attack. But there's yet a lot that needs to be done to improve security and effective counter terrorism.

The country must put more effort into collecting, disseminating and implementing intelligence briefings so that it can effectively prevent and counter future terror attempts.

Press Body Defends Journalist Over Graphic Nairobi Attack Photo
Tagged:
Copyright © 2019 The Conversation Africa. All rights reserved. Distributed by AllAfrica Global Media (allAfrica.com). To contact the copyright holder directly for corrections — or for permission to republish or make other authorized use of this material, click here.