Africa: Black Panther Is First Superhero Film in Oscar History to Be Nominated for Best Picture

The 2018 blockbuster film "Black Panther" has received seven Oscar nominations, including Best Picture, which makes it the first superhero film to be nominated in this category. With its predominantly black cast, this movie is helping the Academy Awards to extend its frontiers.

Black Panther has made history as the first superhero film ever to be nominated for Best Picture. It shares the nomination in this category with BlacKkKlansman, Bohemian Rhapsody, The Favourite, Green Book, Roma, A Star Is Born and Vice.

The Marvel movie dominated the box office, bringing in US$1,3 billion worldwide, including US$700 million domestically. According to E News, this makes it the biggest film of 2018 in the US. It has gone on to garner massive praise and an array of nominations, from the Critics' Choice Movie Awards, Screen Actors Guild, British Academy of Film and Television Arts (BAFTA) and a history-making Golden Globe nomination for Best Drama. The film also won the Critics' Choice Movie Awards for Best Costume Design, Best Production Design and Best Visual Effects and was named one of the American Film Institute's Movies of the Year.

Reviews of Black Panther, which features Michael B Jordan, Lupita Nyong'o, Forrest Whitaker, Angela Bassett and Letitia Wright, among others, have been glowing. Ann Hornaday of the Washington Post said, "Boseman, who strides through Black Panther with unforced, charismatic ease, assumes almost Shakespearean levels of doubt as his character is challenged by an unexpected rival."

Manohla Dargis of the NY Times said, "A jolt of a movie, Black Panther creates wonder with great flair and feeling, partly through something Hollywood rarely dreams of anymore: myth."

Black Panther has been nominated for the following Oscar categories:

This year's nominations have shown that superhero/fantasy movies - ironically Hollywood's most profitable genre - can no longer be dismissed and that alternative delivery systems like Netflix can be real award contenders. 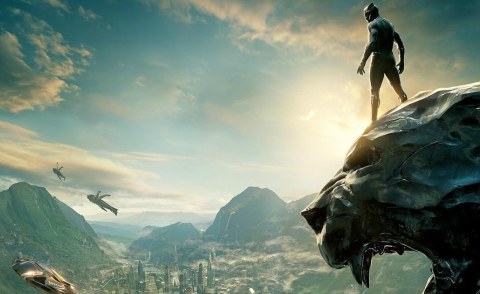 Surprise Surprise! #OscarsSoWhite Continues
Tagged:
Copyright © 2019 This is Africa. All rights reserved. Distributed by AllAfrica Global Media (allAfrica.com). To contact the copyright holder directly for corrections — or for permission to republish or make other authorized use of this material, click here.