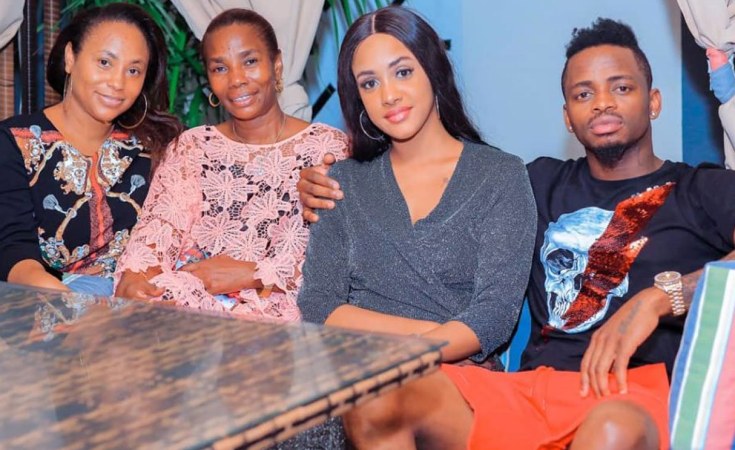 Since her New Year introduction, Tanasha's photos have been shared widely by Diamond's mother Sandra and sister Esma.

Esma, in a media interview, confessed her love for her brother's new catch saying she wished the two had met a long time ago.

Esma has been accused of being a betrayer as she was a close friend to Diamond's ex-girlfriend Hamisa Mobetto to the point of wearing matching deras during Mama Sandra's birthday.

Diamond's half sister Queen Darleen has now been roped into the family drama after a comment she made during a media interview regarding Tanasha.

Queen had been asked why she was missing in action during Tanasha's introduction and she responded by saying that she had already met her during the Wasafi Festivals.

Queen has in the past been reported to be the only family member who still has a soft spot for Diamond's baby mama Zari Hassan.

Diamond Spending a Fortune to Maintain Relationship With Tanasha
Tagged:
Copyright © 2019 Nairobi News. All rights reserved. Distributed by AllAfrica Global Media (allAfrica.com). To contact the copyright holder directly for corrections — or for permission to republish or make other authorized use of this material, click here.