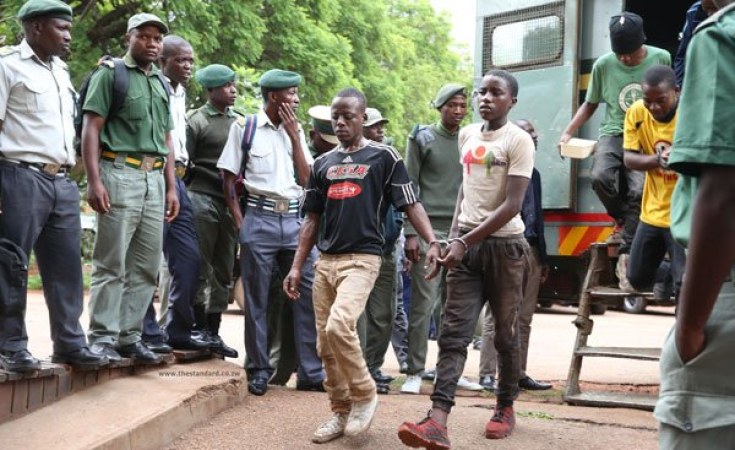 The Standard
Some of the fuel price increase protestors arrive at the Harare Magistrate's Courts.
263Chat (Harare)
By Costa Nkomo

Addressing a press conference yesterday, the Commission said they are investigating the killings and torture of civilians by the security forces last week. who opened live ammunition on protesters leaving at least 12 people dead and scores injured in the process.

"One of the Commission teams also sought to monitor and inspect the Harare Central Police Station and to interact with detained persons. Unfortunately, the police officers in charge did not seem to understand the mandate of the ZHRC and after referring the officers to different police officials, denied them the relevant information or entry into the holding cells.

The Commission said it has been frustrated by the law enforcement agents who have not been forthcoming with information.

"Unlike in other previous ZHRC engagements with the ZRP, the police officers were not forthcoming with information and referred all questions to the Officer Commanding Harare Province, who over two days was said to be out of office in a series of meetings," added the Commission.

When reached for comment the national police spokesperson commissioner Charity Charamba demanded questions in writing and had not responded by the time of publishing.

British Lord Brings Up 'Idea of Recolonising Zimbabwe'
Tagged:
Copyright © 2019 263Chat. All rights reserved. Distributed by AllAfrica Global Media (allAfrica.com). To contact the copyright holder directly for corrections — or for permission to republish or make other authorized use of this material, click here.