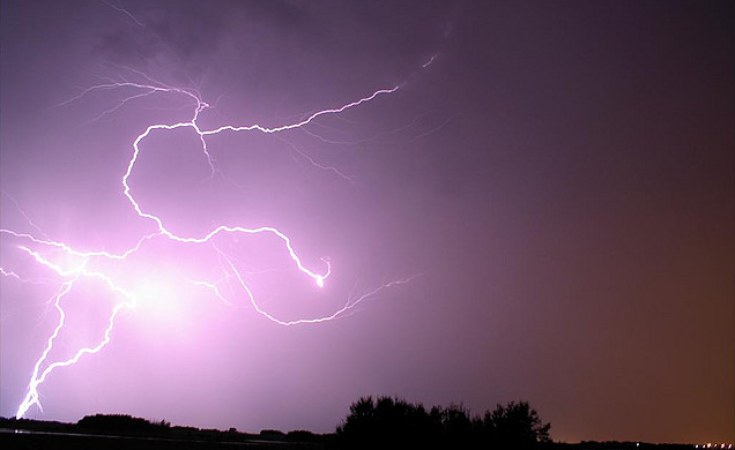 Maputo — Cyclone Desmond swept up the Mozambique Channel on Tuesday, and though it did not make landfall on the coast of Sofala province, it brought torrential rains and serious flooding, particularly to the provincial capital, the city of Beira.

According to the National Meteorology Institute (INAM), 277 millimetres of rain fell in Beira on Tuesday, turning the streets into rivers and affecting around 120,000 people. The water was a metre deep in parts of the city.

Despite recent improvements in the city's drainage system, Beira remains at serious risk from extreme weather events. Parts of the city are below sea level, and major storms always worsen coastal erosion.

On Tuesday morning, the flood gates of the drainage system could not be opened, since the storm coincided with high tide, making it quite impossible to evacuate the flood waters into the sea.

The recently inaugurated storm water retention basin was only of limited use, faced with such a deluge. It filled up completely, and no more water could enter.

The municipal authorities could only call for calm, promising that, as soon as the tide fell, the floodgates would open to allow the flood waters to flow to the sea.

The Sofala delegate of the Mozambican relief agency, the National Disaster Management Institute (INGC), Paulo Tomas, cited by the daily paper "Noticias" said three centres have been opened in Beira for people driven out of their homes by the flooding.

Tomas described the situation as critical. The immediate priorities, he said, are to draw up a survey of the damage and of the emergency needs, an operation in which the INGC is being assisted by the government's Civil Protection Unit (UNAPROC).

The INGC says that flooding also affected the Sofala districts of Dondo, Nhamatanda and Marromeu, but few details are yet available.

Cyclone Desmond weakened as it moved northwards. It made landfall near Chinde, in Zambezia province, and then dissipated, although heavy rains are expected to continue in Zambezia on Wednesday.

More misery for central Mozambique may be on the way since, according to the US Navy's Joint Cyclone Warning Centre, another cyclone is forming in the Mozambique Channel, just south of Europa Island.

Winds in the area are between 20 and 25 knots (37 to 46 kilometres an hour), and the storm system is moving westwards (towards the central Mozambican coast) at a speed of 19 knots.

33 Deaths in Rainy Season So Far

Tropical Cyclone Idai Makes Landfall in Mozambique
Tagged:
Copyright © 2019 Agencia de Informacao de Mocambique. All rights reserved. Distributed by AllAfrica Global Media (allAfrica.com). To contact the copyright holder directly for corrections — or for permission to republish or make other authorized use of this material, click here.