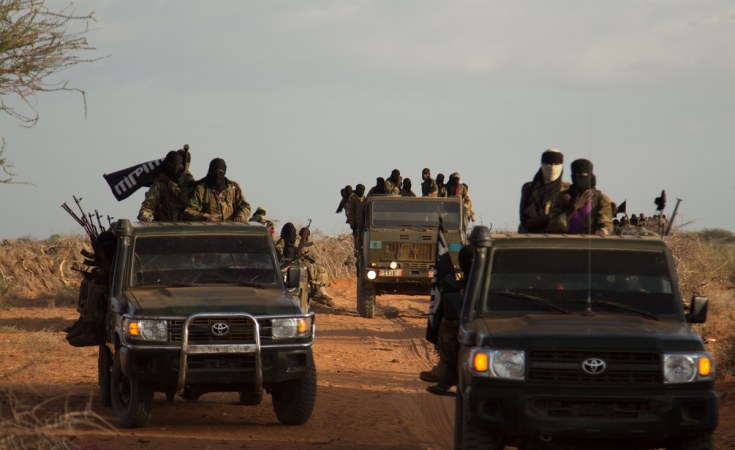 Kenya has urged the United Nations to finance the continental counter-terrorism mission in Somalia, arguing that this will stop the country from falling back to Al-Shabaab control.

"The promotion and maintenance of peace and security in the world is the primary mandate of the United Nations," Mr Namwamba told a gathering of diplomats from the African Union and the European Union in Brussels on Tuesday.

Kenya, Ethiopia, Uganda, Djibouti and Burundi have jointly contributed troops to the 22,000-strong force, initially meant to last only six months in 2007, but which is still engaged in a dogged fight with the terrorist group.

Mr Namwamba, who represented Cabinet Secretary Monica Juma, spoke as Foreign Affairs ministers met in Brussels to buttress AU-EU relations just a week after the DusitD2 attack in Nairobi in which 21 people were killed.

Al-Shabaab took responsibility for the attack.

Although he begged more partners to come on board, he criticised UN's lukewarm support for the Amisom.

With 3,664 soldiers in Amisom, Kenya has previously called for more predictable funding for the peacekeeping mission.

But the UN Security Council, the global body's decision-making organ, declined AU's request to have Amisom benefit from UN funding through assessed contributions.

One of the reasons advanced by the Council's members is that Amisom is a counter-terrorism force while the tradition at the UN is to fund peacekeeping missions.

If the UN agrees to fund the soldiers, there are fears a precedent will have been set to mix up combat and non-combat troops.

The UN funds Amisom only by recompensing its equipment and other logistical expenditure. Yet Nairobi and peers have complained in the past that the money is usually delayed.

Kenyan Police Urge Caution After Nairobi Explosion
Tagged:
Copyright © 2019 The Nation. All rights reserved. Distributed by AllAfrica Global Media (allAfrica.com). To contact the copyright holder directly for corrections — or for permission to republish or make other authorized use of this material, click here.