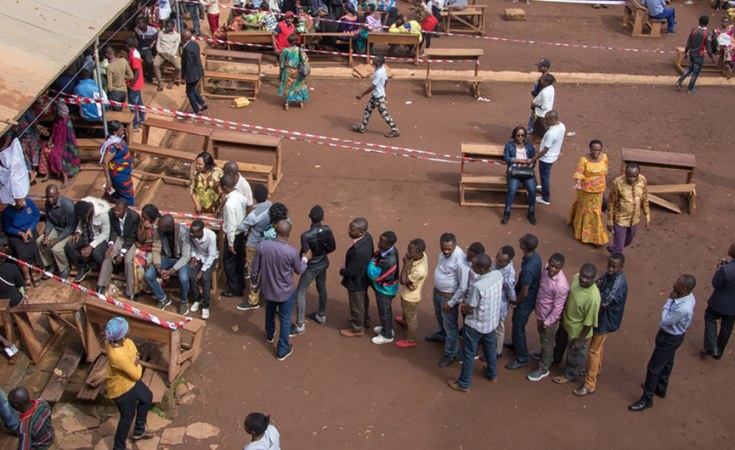 After a disputed election, Felix Tshisekedi is the new president of DRC. Not an easy job, says DW's Andrea Schmidt, especially since he only won with the help of the former Kabila administration.

The good news is that, for the first time in the history of the Democratic Republic of Congo (DRC), there has beena peaceful transition of power. But it leaves a bitter aftertaste.

DRC's new president Felix Tshisekedi may have the largest opposition party, the UDPS (Union for Democracy and Social Progress), behind him. But most observers are convinced he only won the election thanks to vote rigging and the connivance of the unloved regime o Joseph Kabila, who ruled Congo for the past 18 years.

Tshisekedi's strongest opponent in the December 30 poll, Martin Fayulu from the opposition Lamuka coalition, polled more than 60 percent of votes, according to leaked reports from polling stations.

People want development, unity and peace after decades of conflict that has left the country lacking infrastructure and with rampant unemployment. They are fed up with seeing government officials enrich themselves while children die from diarrhea and the general populace goes hungry. They are sick of having to flee marauding militias in a country where rape is notoriously used as a weapon of war.

There must be an end to the dominant Darwinism, under which only the strongest survive and the suffering of the poor increases.

In the weeks to come, Tshisekedi must demonstrate that he intends to be -- and is capable of being -- the president of all Congolese, despite an election that was neither free nor fair. This will not be easy as Kabila's PPRD (the People's Party for Reconstruction and Development) holds the majority in parliament and will seek to hold Tshisekedi to any promises he may have made behind closed doors.

However, the example of Angola shows that it is possible for a new president, in this case Joao Lourenco, who came to power with the backing of the old dos Santos regime, to swim free and fight against ossified structures.

With its 80 million inhabitants and dozens of heavily armed rebel groups, it's no easy task to bring peace to DR Congo and move the country forward economically -- especially as the transfer of power, which was clearly a result of electoral fraud, was bought at a high price.

Tshisekedi must also try and involve Fayuda's Lamuka alliance, to which former powerful politicians like Jean-Pierre Bemba and Moise Katumbi belong, in the work of the new government. Only then can a better, more peaceful Congo emerge.

Stability in DRC is not only important for the countries of the Great Lakes region, but ultimately for the rest of the world, which relies on its resources in the production of new technologies.

The people of this vast country, that is as large as continental Europe, deserve lasting peace, a functioning state and the end of impunity.

Who Is Felix Tshisekedi?

Is DR Congo's New President On a Leash?
Tagged:
Copyright © 2019 Deutsche Welle. All rights reserved. Distributed by AllAfrica Global Media (allAfrica.com). To contact the copyright holder directly for corrections — or for permission to republish or make other authorized use of this material, click here.