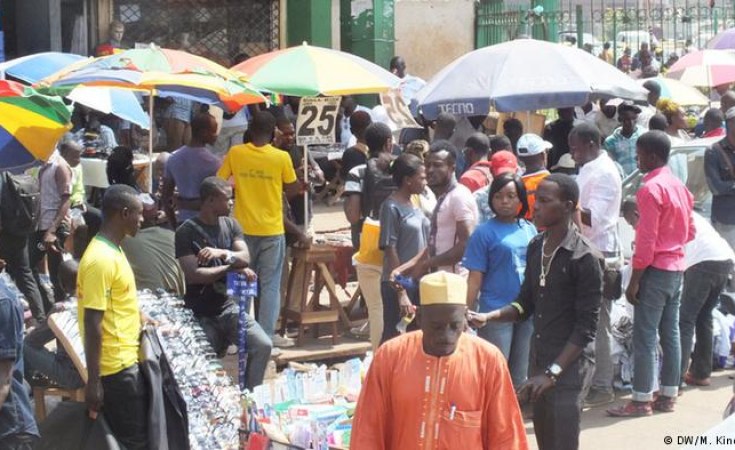 Cameroon is struggling to get humanitarian aid to hundreds of thousands of people who fled areas of separatist unrest, some of them trapped by the fighting. Meanwhile, authorities' calls for separatists to disarm and be pardoned are failing as rehabilitation centers remain empty.

A group of twelve kids gather water in the early morning hours in Cameroon's capital.

Forty-five-year old Gwendoline Ndum took in the children a few weeks ago after they fled her home town of Mbengwi.

Many of the kids had walked for days in the bush to escape fighting between Cameroon security and anglophone separatists.

Ndum says some of the children can't find their parents, and she couldn't let them live on the streets, but the burden is becoming too much.

She says she can no longer afford to pay the water and electricity bills or buy chicken, meat or fish. A 50-kilogram bag of rice hardly lasts for two weeks, says Ndum, because they eat only rice for breakfast, lunch and dinner.

Cameroon's government this week said it was assisting more than 60,000 internally displaced people in the separatist areas - the English-speaking northwest and southwest.

But the United Nations estimates that over 430,000 people have been displaced by the conflict.

Cameroon authorities say they are unable to reach most of the displaced in need because many have fled to remote areas and are trapped by ongoing fighting.

Most independent help is limited to government-controlled areas.

A woman prays for peace as about a hundred displaced people help the aid group Voice of the Voiceless collect donations of food, clothing, and bedding.

The group's Christian Chindo Ngong says the displaced are helping each other because they know what it's like to have nothing. He says Cameroon's government must also do more to help – it should end the conflict.

"The government should listen to the people, organize a dialogue, I mean an inclusive dialogue, so that we can see the end of this thing. Because no matter what we give the people, it can never make them happy. The only happiness that these people can achieve is to see their homes again."

Minister of Territorial Administration Paul Atanga Nji says rehabilitation centers set up for separatists who agree to disarm and be pardoned had opened their doors and were waiting.

"We have to respect the instructions from President Paul Biya that when you lay down your weapons, you are taken to the centers, you are provided health facilities, you have psychologists who are there to start educating the population, and we have training facilities in those centers."

But so far, not a single rebel has taken up the offer. The rehabilitation centers in the English-speaking southwestern town of Buea and in the capital Yaounde are empty.

In a WhatsApp interview with VOA, separatist fighter Edward Ngafin - who refused to say where he was - described the rehab centers as a trap.

He says he will not go to a government rehabilitation center and can never advise any separatist fighter to listen to any promise made by the government of Cameroon. Ngafin says he does not understand how a government that he describes as always tormenting English-speakers will suddenly claim that it cares and that it will recruit everyone.

Cameroon's separatist conflict broke out in 2017 amid protests against Francophone domination in English-speaking regions. Some took up arms and declared they would become an independent nation called Ambazonia.

President Biya sent in the military and vowed to crush all those who refuse to disarm, saying the country's unity cannot be negotiated.

Protesters Say Police Shot at Them - Govt Denies It
Tagged:
Copyright © 2019 Voice of America. All rights reserved. Distributed by AllAfrica Global Media (allAfrica.com). To contact the copyright holder directly for corrections — or for permission to republish or make other authorized use of this material, click here.