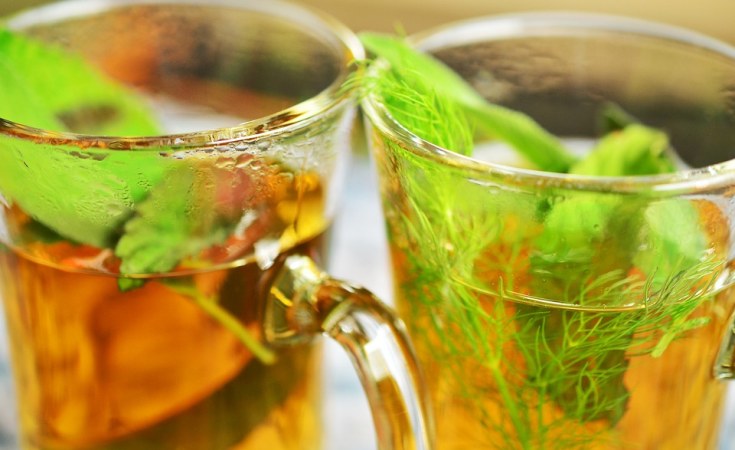 Among the customers queuing outside the Senga Byewunyo herbal clinic in Katwe, a suburb of Kampala, is Titus Mugisha.

The 30-year-old is waiting to buy a herbal medicine to make him more virile. He's been using sex enhancement remedies for the past five years - not for the fun of it, he explained, but "because of the pressure."

"Sometimes you [have sex] and feel you have not done anything. So when you get the herbal medicine and use it, then my wife becomes very happy," he said. "I also become very happy - that thing helps me so much."

Using herbal remedies for erectile dysfunction or to boost sexual prowess has a long tradition in the country.

According to Uganda's National Drug Authority (NDA), demand for herbal remedies of erectile dysfunction is growing because such drugs are seen as having "minimal side effects and good natural attributes".

But the NDA is warning that these herbal treatments often aren't so natural after all. Rather, they can come mixed with conventional drugs.

When the NDA recently tested herbal aphrodisiacs in the Kampala region, it found 55 percent of the samples were adulterated with sildenafil citrate, the drug used to make Viagra, or similar products.

Viagra, which works by increasing blood flow to the penis, is commonly prescribed to treat erectile dysfunction.

While many of Viagra's side effects are mild, such as headaches, nausea or dizziness, it also comes with some serious risks, especially for those with underlying health problems. It's not safe for people with severe heart or liver problems, for example, certain eye conditions or taken in combination with some other medications such as nitrates prescribed for heart disease.

When too much is a bad thing

And then there's the issue of dosage - the customers of traditional healers simply don't know how much Viagra they are ingesting.

"It is very dangerous," Charles Ibingira, a professor at Makerere University School of Medicine, told DW. "You run a risk of exceeding the dosage which may have severe effects on the liver, on the kidney and also on the heart."

A too large dose may also cause priaprism - that's a persistent and painful erection that can last for hours on end. While this might sound like a good deal to some, it's actually a medical emergency. If priaprism isn't treated quickly enough, it can lead to permanent damage of the penis.

Some herbalists are dismissive of the potential dangers of the 'man power' medicines they sell.

"[My product] is called Powerbank,'" explained one traditional healer in downtown Kampala, who didn't want to be identified by name. "We mix in very little amount [of Viagra] and our customers always come back to appreciate our services and also bring more clients -- so why do the NDA say our work is not effective?"

The drug authority has warned that it is cracking down on such illegal herbal products, and any manufacturer found selling adulterated products will have their license withdrawn.

Energy from Viagra rather than caffeine

It seems Viagra isn't just finding its way into traditional medicines in Africa. Ugandan media reported a case earlier this month of a commercially available energy drink being adulterated with sildenafil citrate.

A concerned consumer had reported having an abnormal erection, accompanied by an irregular heart beat and constant sweating, after consuming the Zambian-manufactured Natural Power SX energy drink.

Uganda's NDA tested the product and found it contained Viagra. Ugandan authorities are now impounding supplies of the drink.