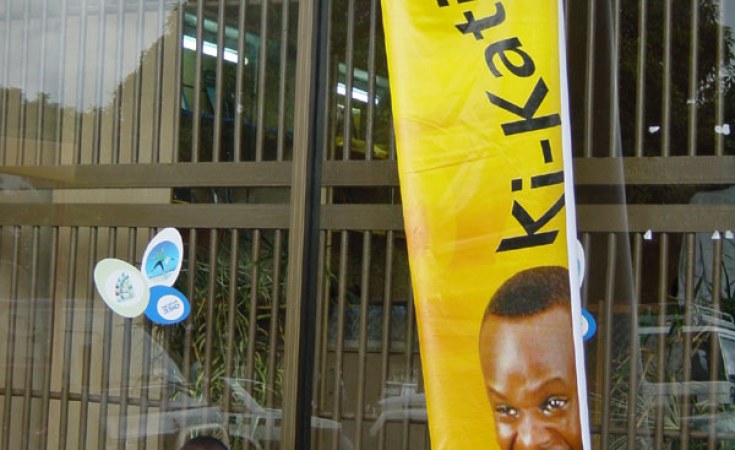 South African telecoms conglomerate MTN Group has this past week found itself at the centre of political tension between Rwanda and Uganda.

On Tuesday, Uganda announced that it had deported top MTN Uganda managers on suspicion that they used their jobs as a cover to commit acts that undermined state security. One of the people deported was Annie Bilenge Tabura, the MTN Uganda general manager for sales and distribution, who is Rwandan.

Ms Tabura and her colleague, French national Olivier Prentout -- who was the telecom's chief marketing officer -- were deported by Ugandan authorities on Saturday and Monday respectively.

Rwandan officials have accused Kampala of "continued harassment" of Rwandan nationals in Uganda.

"If the two indeed were engaged in acts that 'threaten Uganda national security' as Uganda police said, how was it possible to release them after holding them incommunicado for a couple of days?" said an official in Kigali who sought anonymity due to the sensitivity of the matter.

"Ms Tabura was a sales and distribution manager ... it is not a job where one would be eavesdropping on people's phone calls. That's a job where your attention is on sales figures."

The latest run-ins with the Ugandan government only add to MTN's problems in the region.

In May 2017, MTN's subsidiary in Rwanda was fined heavily by the national regulatory authority for illegally hosting a server in Uganda that allegedly stored the calls, messages and Internet consumption habits of Rwandans.

By doing so, MTN Rwanda breached its licence obligation and undermined the safety of Rwanda's data, it was alleged. At the time, MTN was accused of having relocated the server to Uganda deliberately.

"They are punished for relocating their IT services outside Rwanda, and this was deliberate," Rwanda Utilities Regulatory Authority spokesman Anthony Kulamba said at the time.

The telecoms company paid a fine of $8.5 million over six months, with the last instalment paid in December 2017, according to Teta Mpyisi, MTN Rwanda's senior manager for brand and sponsorship.

MTN and other networks late last year re-installed roaming charges after regional countries failed to harmonise their tax policies, which dealt a heavy blow to the Northern Corridor One Network Area -- an initiative that had eliminated mobile telephone roaming charges for networks in Kenya, Uganda, Rwanda and South Sudan.

Diplomatic ties between Rwanda and Uganda remain strained over a series of allegedly state-sponsored arrests of Rwandans in Uganda.

A UN Group report released at the end of last year cited neighbouring states as having allowed Rwandan rebels to operate or recruit in their territories.

The Rwanda National Congress, a Rwandan opposition group based in South Africa, is suspected to be operating cells in Uganda and Burundi

The detentions of Rwandans are allegedly orchestrated by Uganda's Chieftaincy of Military Intelligence (CMI), fuelling talk of a falling-out between both countries' leaders.

Other sources within Rwanda's intelligence told The EastAfrican that the arrests were fuelled by operatives of RNC.

Although Rwanda has not issued a travel advisory to its citizens, it has asked them to exercise caution.

"In such a situation, Rwandans have to be prudent in their travels and exercise caution while travelling to Uganda," Olivier Nduhungirehe, Rwanda's State Minister for EAC Affairs said in an interview.

Rwanda says it has tasked its neighbour to explain the spate of alleged kidnaps and torture against its citizens, but its requests are often met with silence, officials say.

"This is a delicate situation that we need to deal with. We are in a Common Market and for now we are trying to talk to Uganda about these incidents," Mr Nduhungirehe said.

The latest incident happened on January 10, when Rwandan national Rogers Donne Kayibanda was whisked away from his brother's civil wedding ceremony in Kampala by officers allegedly of the CMI.

A similar incident had happened on December 22, 2018, when CMI officials are said to have held another Rwandan, Moses Ishimwe Rutare, incommunicado.

Fidel Gatsinzi, a retired soldier, claims he was arrested and later dumped at the Gatuna border. He alleges he was tortured by Ugandan officers. Rene Rutagungira was arrested in August 2017 and produced in a military trial three months later on charges of espionage.

Uganda has also declined to officially communicate the reasons for conducting the arrests, which officials in Rwanda say is against the spirit of good neighbourliness.

"The Rwandan High Commission in Uganda always writes to seek clarification whenever such arrests are made but we never get responses. They never share evidence or give reasons why individuals are arrested. They kidnap, torture and then throw them out without a word," Mr Nduhungirehe said.

MTN Uganda's Belgian CEO Kicked Out of Country
Tagged:
Copyright © 2019 The East African. All rights reserved. Distributed by AllAfrica Global Media (allAfrica.com). To contact the copyright holder directly for corrections — or for permission to republish or make other authorized use of this material, click here.