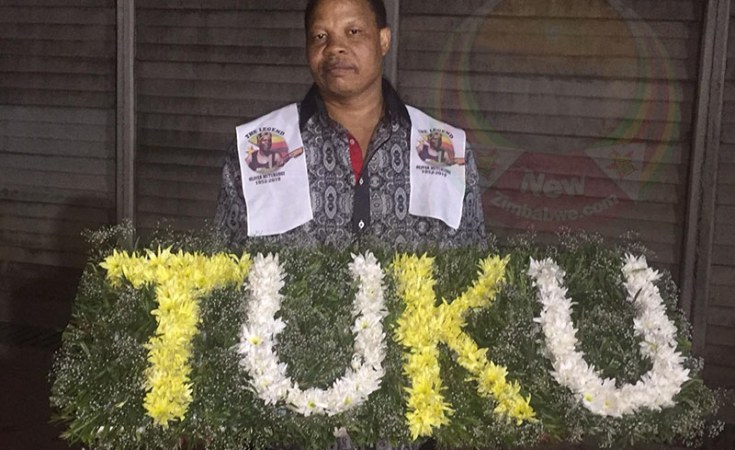 Tuku, who died last Wednesday and was declared a national hero, was buried Sunday at his Madziwa rural home in Mashonaland central province.

His homestead was reportedly swarming with soldiers even though President Emmerson Mnangagwa did not attend the burial.

"They accused of filming them with my mobile phone which I never did," said Madzingo.

"I was detained for more than two hours, being moved from one place to the other as they looked for senior commanders who were supposed to decide my fate.

"They demanded that I hand over my phone, but I refused, insisting that I had not filmed any soldiers. I even showed them what I had recorded but they still wouldn't let me go.

"I was eventually released after some colleagues gave the soldiers their IDs and guarantees which had been demanded."

Is Zimbabwe Erecting a Statue in Memory of Music Icon Tuku?
Tagged:
Copyright © 2019 New Zimbabwe. All rights reserved. Distributed by AllAfrica Global Media (allAfrica.com). To contact the copyright holder directly for corrections — or for permission to republish or make other authorized use of this material, click here.