Cameroon: Govt Struggles to Secure Neighbors, Its Own Territory 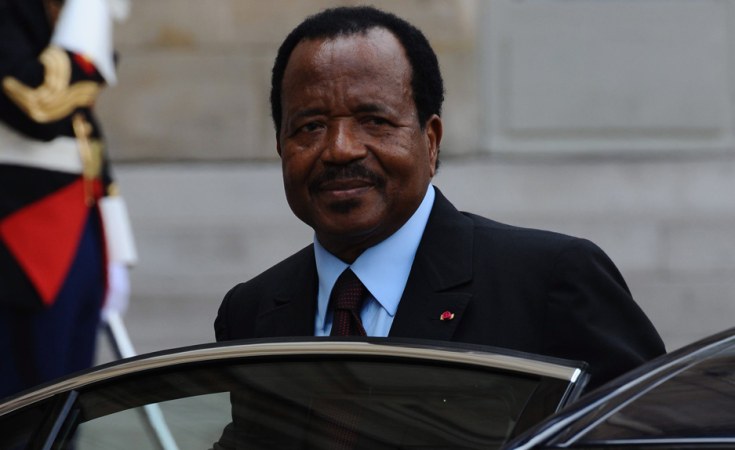 In Bossangoa, the capital of Ouham, more than 200 people came to hear Gaston Guella, an official of the Bossangoa council in the Ouham prefecture in western C.A.R., assure them in the Sango language that forces of the Multi-Dimensional United Nations Peacekeeping Operation in Central Africa (MINUSCA) would track down a group of armed men that attacked their city Friday night.

Bossangoa Mayor Pierre Denamge said Friday’s attack, which residents said left six people wounded and caused many to flee their homes for safety, indicates the population and peacekeeping forces should remain on high alert. The town has not had an attack in the past six weeks, and Denamge credited Cameroonian troops, who constitute the bulk of the U.N. peacekeeping force, saying they are doing a good job.

He says the people of C.A.R. are satisfied with the work done by the Cameroon military, especially as villagers can continue farming, fishing and hunting without fear of harassment, and traders can go to their shops because they know they have protection from the troops under the U.N. peacekeeping mission. He said everyone is happy that peace is returning and chaos is being reduced.

However, 40-year-old cattle rancher Ahmed Mahmoudou said the magnitude of the attack indicates the armed rebels are not ready to lay down their weapons.

He says the population was helpless and running in all directions when indiscriminate and heavy shooting began at the village’s Catholic church. He says members of his self-defense group decided to withdraw and alert the military because they could tell the attackers were more heavily armed.

Many people have fled the area since 2013, and deserted streets and burned roofs are a stark reminder of the violence the Central African town had witnessed before the arrival of the U.N. troops.

U.S. citizen Kenneth Gluck, the U.N.'s deputy special representative and deputy head of MINUSCA, says if the stability that has been established since last year continues, refugees and internally displaced persons can start to return to the western part of the country.

“This is exactly the part the country where we have seen the greatest progress toward peace and stability, and in great part because of the efforts of the Cameroonian soldiers and officers and policemen,” Gluck said. “We see in the west of the country a real progress toward stabilization, which should allow during 2019 the gradual return of refugees and displaced persons.”

Since 2013, thousands have been killed in C.A.R., and a quarter of the population of 4.5 million people has fled their homes.

Last Thursday, peace talks to end chronic violence in the Central African Republic began in Khartoum, with representatives of the government and 14 armed groups in attendance, according to the U.N. peacekeeping mission in the C.A.R.

The U.N. peace mission is made up of more than 13,000 troops and police, and Cameroon contributes more than 1,000 troops.

Other pockets around the country are held by militias who say they are defenders of a particular community or religious group, but they often fight over mineral wealth.

The conflict began in 2013 when a mainly Muslim rebel movement called the Seleka overthrew President Francois Bozize, a Christian. That move triggered the rise of a predominantly Christian militia called the anti-Balaka.

Cameroon's military sings as it also deploys to Garoua Boulay, the border town with C.A.R. The soldiers say that besides fighting to bring peace to C.A.R., they also must fight to stop the spillover of the crisis from neighboring countries, including the robberies and kidnappings that are on the rise. Armed groups from the C.A.R. have been stealing supplies and taking dozens of people hostage for ransom.

Cameroon also is mobilizing troops along the country’s northern border with Nigeria to fight Boko Haram terrorists, and in the western English-speaking regions where separatists have been fighting to create an English-speaking state. The military has not given any official announcement, but it is believed both their resources and military are already stretched.

Cameroon Govt Arrests Opposition Leaders, Journalists
Tagged:
Copyright © 2019 Voice of America. All rights reserved. Distributed by AllAfrica Global Media (allAfrica.com). To contact the copyright holder directly for corrections — or for permission to republish or make other authorized use of this material, click here.