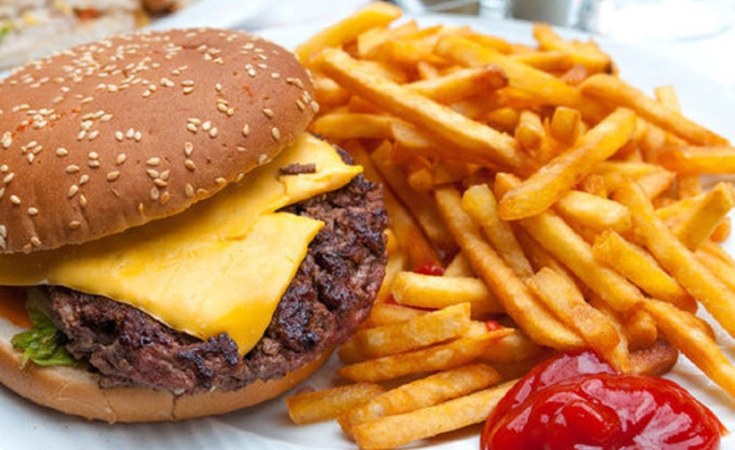 New York — The Lancet Commission on Obesity says a $1 billion fund and action strategies targeting food policy and production are needed urgently to support health, the environment and economic well-being

Obesity, undernutrition and climate change are the biggest threats to the world population, linked by profit motives and policy inertia, a top commission said on Sunday, calling for a binding plan and trillions of dollars to thwart the dangers.

A $1 billion fund and action strategies targeting food policy and production are needed urgently to support health, the environment and economic well-being, said the report by the Lancet Commission on Obesity, a panel of experts in agriculture, economics, human rights and other fields.

The three problems of obesity, undernutrition and climate change are intertwined by methods of agricultural production, transport, urban design and land use that will take an enormous toll on the population and planet, the commission said.

"What we're doing now is unsustainable," said William Dietz, an author of the study and public health expert at George Washington University.

"The only thing we can hope is that a sense of urgency will permeate," he said on a conference call with reporters. "We're running out of time."

Government subsidies of $500 billion to beef, dairy and other food industries worldwide should be shifted to sustainable, healthy farming and $5 trillion in fossil fuel subsidies moved to renewable energy and sustainable transport, the commission said.

The three global dangers are linked in such ways as mass production of processed, nutrient-poor food that causes not only obesity and poor nutrition but major greenhouse gas emissions that contribute to climate change, the report said.

The international Food and Agricultural Organization has said agriculture, forestry and other land uses are responsible for a quarter of the greenhouse gas emissions heating up the planet.

The problems are exacerbated by inaction by policy makers, influence by profit-seeking food companies over public policy and a lack of demand for change by the public, the report said.

As illustration, it said that in 2016, companies making sugar-filled drinks spent almost $50 million to lobby against U.S. government initiatives to reduce consumption of the beverages thought to contribute to poor nutrition and obesity.

"With market power comes industry power, said Tim Lobstein, a commission author and the director of policy at the World Obesity Federation, a British-based professional group.

"Even willing governments struggle to get policies implemented against industry pressure," he said.

Some 4 million deaths each year are linked to obesity, and some 815 million people are chronically undernourished, the commission said.

The commission said a binding international agreement, similar to that reached on global warming in 2015, is needed to address and improve food production and distribution.

Three years ago, nearly 200 nations met in Paris to agree on a pact, aspects of which are legally binding, to cut greenhouse gas emissions to combat global warming.

Severe Drought in Africa Threatens to Drive New HIV Infections
Tagged:
Copyright © 2019 Thomson Reuters Foundation. All rights reserved. Distributed by AllAfrica Global Media (allAfrica.com). To contact the copyright holder directly for corrections — or for permission to republish or make other authorized use of this material, click here.