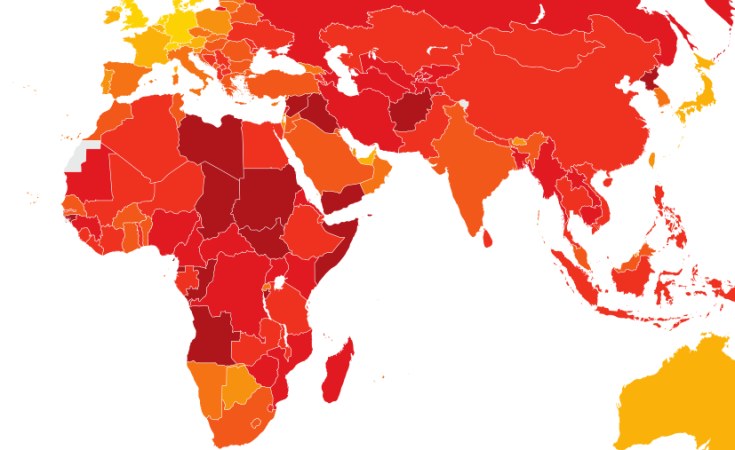 Transparency International
Perceptions of corruption across Africa: The darker the red, the more corrupt a country is perceived to be, with those marked in yellow hues judged less corrupt.
Corruption Watch (Johannesburg)
press release

The Corruption Perceptions Index (CPI) 2018, released on January 29, 2019 by Transparency International (TI), the global coalition against corruption, is evidence of a world that has not come to grips with burgeoning corruption. This is true for South Africa, as it continues to languish with a score of 43, the same as the previous year, suggesting that perceptions of corruption remain high.

The index, considered to be the leading global indicator of public sector corruption, ranks 180 countries and territories by their perceived levels of corruption in the public sector according to experts and business people. It uses a scale of zero to 100, where zero is highly corrupt and 100 is very clean. South Africa, which remains in the group of countries falling below the 50 mark, clearly needs to intensify its efforts to make serious inroads against corruption.

The over-arching theme of the CPI this year is how corruption contributes to a global crisis of democracy. TI chairperson Delia Ferreira Rubio makes the link between a healthy democracy and successes in reducing public sector corruption.

David Lewis, executive director of Corruption Watch, commented: "Our experience of state capture is a textbook example of the relationship between corruption and the undermining of democracy. For example, we have seen how in order to loot public funds, the perpetrators have had to undermine those key pillars of democracy that are responsible for holding those in power to account. The undermining of Parliament and the criminal justice institutions are key cases in point. On the other hand, we have also seen how institutions that reflect the strength of our democracy such as civil society organisations, the media and the courts have been critical features of the fightback against state capture."

South Africa’s position in relation to other sub-Saharan African countries has not shifted at all, as we remain at number 9 on the regional table. The only change is in the country’s overall ranking, dropping two places from 71 to 73.

The sub-Saharan African region is still the worst performing of all, and is characterised by stark political and socio-economic contrasts. Despite commitments from African leaders in declaring 2018 as the African year of anti-corruption, this has clearly not translated into concrete progress.  Those countries that score at the top of the CPI have a number of attributes in common. In sub-Saharan Africa, for example, countries like Seychelles and Botswana both have relatively well-functioning democratic and governance systems, which has contributed to their healthy positioning on the CPI, coming in with scores of 66 and 61 respectively.

One could argue that South Africa, too, has many of these attributes, as well as an independent media and provision for civil society organisations to speak out, and yet there has been no improvement in the score.  Once again, one would have to point to the persistent failure of our criminal justice institutions to impose consequences upon corrupt individuals.

The position of the BRICS countries is particularly discouraging, as four of the five members (India being the exception) have fared worse than last year, or showed no change. South Africa, with the score of 43 out of 100 (where 100 is very clean) and a rank of 73 out of 180 countries, is still ahead of its BRICS counterparts. India has risen slightly to a score of 41, pushing its rank to 78, while Brazil has dropped to 35 (rank 105), China sits at 39 (rank 87), and Russia at 28 (rank 138).

These CPI results drive home the reality that South Africa cannot continue to be stuck in the lower ranks of countries in its stance against corruption. It is critical for concrete action to follow the verbal commitments to fighting corruption, and for strong and bold measures to remove corrupt people from public office in order to create an environment where corruption is not tolerated and cannot flourish.

"On the other hand, the reason that South Africa has not descended further down the ranks is because the public remain outraged at the levels of corruption in the country. We see this in the number of reports received by Corruption Watch from people determined to expose corruption wherever they find it, and we have complete faith in the public to continue to do so," added Lewis.

Nigeria Still As Corrupt As Before - Transparency International 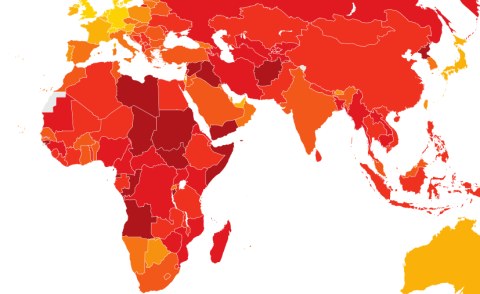 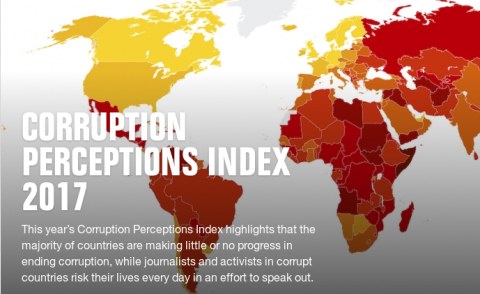 Sub-Saharan Africa Fares Badly in 2017 Corruption Index
Tagged:
Copyright © 2019 Corruption Watch. All rights reserved. Distributed by AllAfrica Global Media (allAfrica.com). To contact the copyright holder directly for corrections — or for permission to republish or make other authorized use of this material, click here.