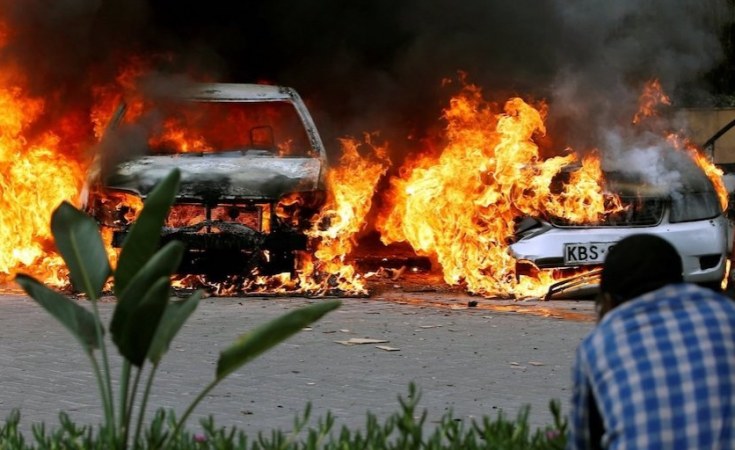 The suspects were arrested on Sunday at Samburu in Kwale County in a two-bedroom house where police said they found counterfeit goods.

Police suspect the youths were on their way to Somalia to join the Al-Qaeda-linked terrorist group.

Speaking to the Nation via phone Kinango OCPD John Kemboi said they suspected the youths, aged between 18 and 27, were new recruits.

"We suspect the youth were being organised to join terror groups because it is strange to find the group of youth in a house. It seems they were up to something," he said.

But the suspects denied the allegations, counter-accusing the police of harassment and confiscating their mobile phones.

The suspects told the court that they were doing business with a registered company.

Police Trace Nairobi Hotel Attack Suspects to Dadaab Camp
Tagged:
Copyright © 2019 The Nation. All rights reserved. Distributed by AllAfrica Global Media (allAfrica.com). To contact the copyright holder directly for corrections — or for permission to republish or make other authorized use of this material, click here.