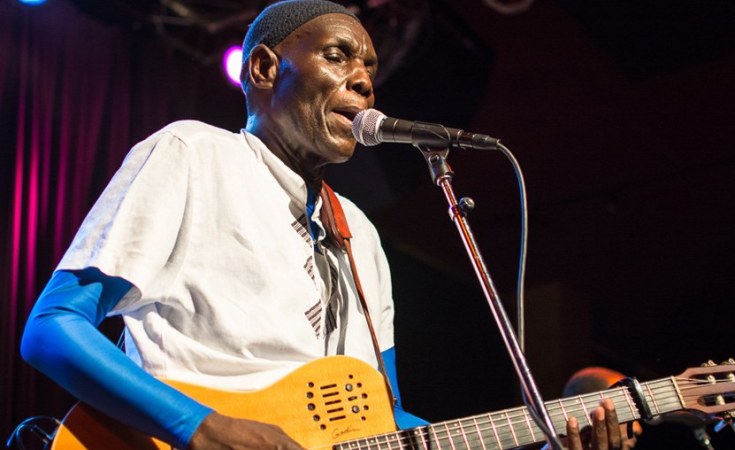 I have heard with great sadness of the passing of our global jazz legend Oliver Mtukudzi. He was a guest at my wedding and was also my father's friend and inspiration. We had the privilege of him singing at our late iconic MDC-T leader Morgan Tsvangirai's funeral, and as always, it impacted the hundreds of guests that were present. Your legacy lives on through your music; rest in peace Samanyanga -- Glen View MDC MP Vimbai Tsvangirai-Java

We mourn the departure of legend #OliverMtukudzi He was a rare gift to humankind. He has rested, but his legacy will live long after him. The favourites are too many to mention, but this solo performance has me pressing the replay button time and again... rest in peace legend #Tuku. -- Former adviser to the Prime Minister, Alex Magaisa

Saddened and shocked by the passing on of our musical icon Oliver "Tuku" Mtukudzi. Your music spoke to my life and many others, it was music with a message. You will forever be remembered through your legacy. Rest in power Samanyanga, zororai murugare -- Former Kadoma Junior mayor Ray Chemvura

My Oliver Mtukudzi moment: One evening in 2006, I left Selbourne Hotel's Corner Bar just after 7pm determined to go home early. I was staying in Sauerstown at the time and my route took me past Snappy's Sports Bar. I had no intention of going in, but the sound of Tuku's Hazvirevi Rudo Handina, a personal favourite, convinced me to go in for the sole purpose of hearing that song. I got in, ordered a beer and nudged the DJ into repeating the song -- a beer did the trick. Unfortunately, I got engrossed in the bar atmosphere and lost track of time. To cut a long story short, I got home at 4am. Rest in peace Samanyanga; you were more than a musician. -- Bulawayo Skyz Metro station manager Godwin Phiri

Zororai murugare Samanyanga. We have generations of memories filled with soundtracks of your music. Thank you for sharing your gift with us. -- Former Miss Zimbabwe (2004) Oslie Muringayi Matsikinyeri

Mukoma Tuku, may your soul rest in peace and thank you for being one of Zimbabwe's best ambassadors. -- Arnold Tsunga, director of the Africa Regional Programme of the International Commission of Jurists

From the film Neria, we became true brother and sister. Never dealt with a humble man like Oliver. He was a man full of life and today we mourn the departing of a man who will live with us forever through his music... It saddens my heart that this untimely death came after we had made arrangements for other engagements in film. Rest in peace Samanyanga! We will always love you. -- Actress Jesesi Mungoshi

"Be yourself"... I remember Tuku saying those words to me. I had asked him questions on how I could improve as a musician. He told me I was doing well; he particularly liked my song Zuva Rimwe. He encouraged me, gave me advice and invited me to perform with him on several occasions. That's the man he was. He not only touched many people through his music, he also helped many young musicians. He inspired me greatly and I know there are many who were inspired too. He was many things to many people, and he will forever be missed. To me, he was dad, as I liked to call him. Dad, Tuku, may you rest in peace. I thank God for giving you to us, words cannot express the love and sadness today. Till we meet again. -- United Kingdom-based musician Cynthia Mare

Allow us to condole with the family and friends of the legendary music icon, Oliver "Tuku" Mtukudzi, on this grievous occasion. His music stayed objective, even as he imagined.

was privileged to realise and learn from the hero in him even as he still walked this earth.

He never allowed his tongue to turn bitter in a musical interaction. We can't forget how he danced with vigour and spirit to every drum throb. He was a true champion, father, friend and musical guardian. Conversation with him always sweetened pure water. Most importantly, he taught us to disregard minor setbacks in the path towards greatness. He always sobered up our understanding amidst a lot of myths peddled in our small music world. He made me realise that no one could ever stop you from reaching the best within you. I say rest in strength and power, legend. We will continue to shine the torch of peace that you preached. As we confront the pain from your death with the happiness we shared on and off stage, your voice will continue to loudly whisper messages of true love and hope. -- Award-winning Zimdancehall musician Winky D

Check Out Jah Prayzah's Tribute To Late Music Icon Tuku
Tagged:
Copyright © 2019 Zimbabwe Standard. All rights reserved. Distributed by AllAfrica Global Media (allAfrica.com). To contact the copyright holder directly for corrections — or for permission to republish or make other authorized use of this material, click here.